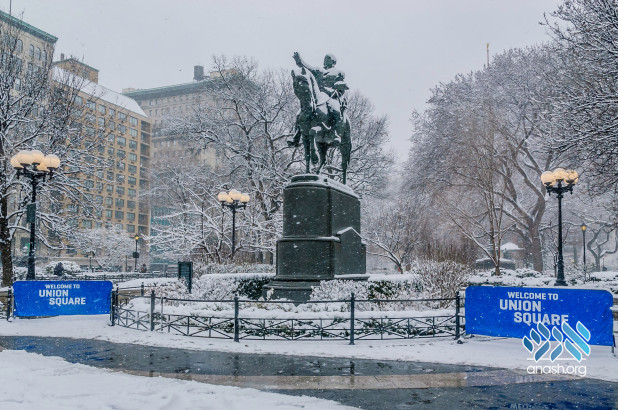 Winds out of the northwest will make temperatures feel like they’re in the teens, with wind chill feeling like 15 degrees in Newark and 14 degrees in Mount Vernon.Craig Allens forecast: A look at winter weatherv

A wintry mix is expected to develop in the tri-state area by late Sunday morning, and then gradually changes over to rain for the city and the coast as warm air moves into the area; inland areas north and west of the city will see a changeover to a mix of sleet and rain.

Sunday night, rain continues for the city and coast, with a wintry mix well north and west of the city.

As the storm system begins to pull away, colder air works its way into the region, with a transition back to snow expected for all areas Monday morning. This will lead to more travel troubles on Monday, with bands of snow continuing throughout the day and into Monday night.

As the storm continues its eastward movement, it’ll affect post-Thanksgiving travel on Sunday and Monday — one of the busiest travel weekends of the year.

“If you are in a car take it very slowly. We encourage everyone to take mass transit, and want to make sure everyone stays safe,” said Sanitation Commissioner Kathryn Garcia.