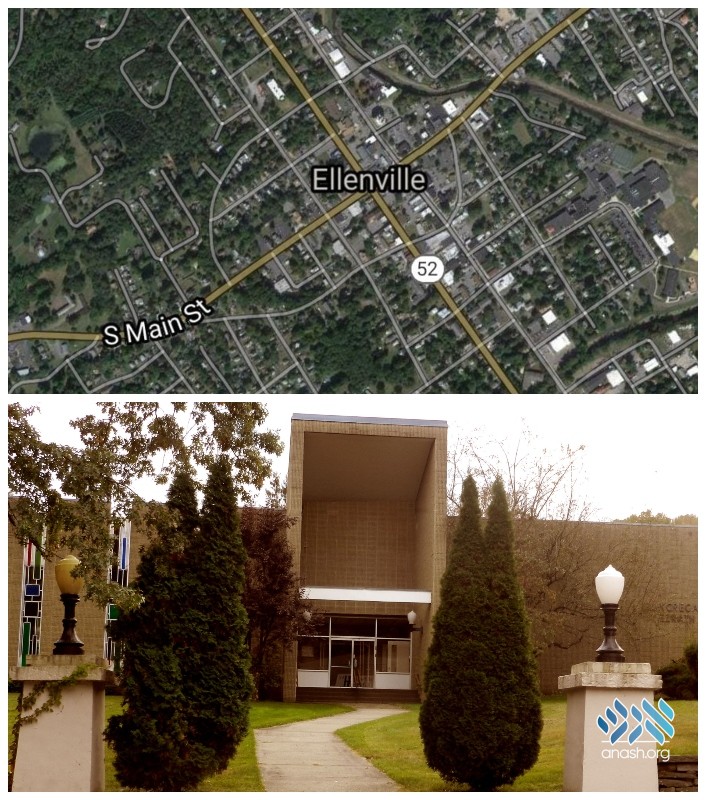 Frustrated by a long list of unequal treatment by local governments, many city dwellers are looking to rural areas to call home. Some have been looking at Ellenville as that alternative.

Frustrated by a long list of unequal treatment by local governments, many city dwellers are looking to rural areas to call home. In recent weeks, many from New York City have been looking at Ellenville as that alternative.

“In past years, I would get 1-2 calls a year from people considering buying a home” said Rabbi Shlomie Deren, the local Shliach. “Now, we have several families a week coming up to look at homes.”

Ellenville’s Jewish community has a long history. The local shul, now run by Chabad, was founded in 1907. In the early 70s, they dedicated a new building with a 300 seat sanctuary, a large social Hall and classrooms used for the Talmud Torah. Yet, a slump in the local economy led to a major demographic change and the Jewish community shrunk to a fraction of its previous size. About 10 years ago, with the shul no longer able to stay financially secure, they approached Chabad of Ulster County to ask for help.

Chabad has a long history in the area. As home to the grounds of Camp Emunah, as well as Camp Gan Yisroel’s first location, Ellenville has the unique status of being one of only 2 places outside of NYC that the Rebbe visited during his nesius. In 2015 Rabbi Shlomie and Mushky Deren were appointed Shluchim in the area and began working on strengthening the community.

With a year round shul and mikva, and low home prices, ranging from the low $100s to a high end of $400,000, depending on size and location, many have found Ellenville a great alternative to the bungalow colonies or other second-home communities.

While most of the new homeowners are part time, coming up for the weekends and summers, Dovid and Batsheva Weissman have made the move full time. The Weissmans had been looking for a place upstate on and off for years and purchased a home in February.

“I knew I was going to like it here, but I didn’t expect to love it,” said Mrs. Weissman. “The natural geography of Ellenville is beautiful, and the local people friendly.” Originally, they planned to slowly transition to living upstate full time, but with the coronavirus outbreak that timeline was accelerated and they are now full time residents of Ellenville. Dovid, a personal injury lawyer, works remotely out of his sunroom with a beautiful view of the mountains, and Batsheva has taken to growing flowers and a vegetable garden.

For many years the local mikva was one of the only ones in the area that was open year-round. In recent years, with many more modern mivkas being built in the area, the Mikvah was rarely used, and it became difficult to cover the cost of regular maintenance. Now, with the Ellenville Jewish community growing, the Mikvah is in urgent need of a complete remodel to bring it up to modern standards.

It will cost $75,000 in order to do a complete renovation of the entire Mikvah area. Everything from the entranceway and waiting rooms to the preparation rooms and Mikvah room will be gutted and rebuilt. With the support of several anonymous donors, the community has launched a matching campaign to fund the renovations.

To support this campaign visit Jewishellenville.com/MikvahCampaign

If you’re interested purchasing a home and would like to learn more about the community, email Rabbi Deren – Rabbi@JewishEllenville.com