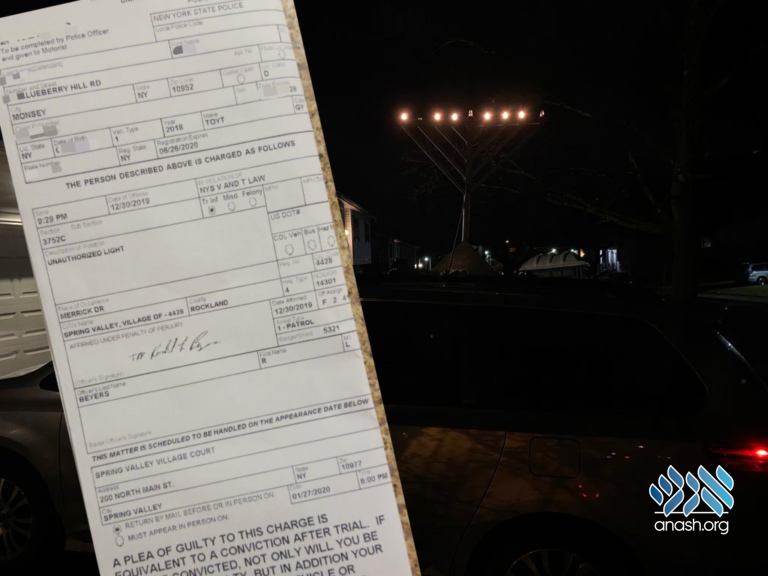 A Lubavitcher was issued a ticket by a NY state police officer for having a car menorah on top of her minivan. The fine was issued for ‘unauthorized lights.’

A Lubavitcher woman was ticketed by a NY state trooper for having a ‘car menorah’ on top of her minivan.

The official reason for the ticket, issued in Spring Valley, near Monsey, was ‘unauthorized lights’ even though at 4 watts, there is no legal issue with the bulbs.

Thousands of Lubavitcher chassidim in New York and world-wide have ‘car menorahs’ installed on their vehicles over Chanukah to spread the word of the holiday and remind viewers to light their own menorahs.

Only days after the stabbing at a Chanukah party in Monsey, one might have expected the police to try to be more ‘accommodating’, but that seems to be too much to ask for.