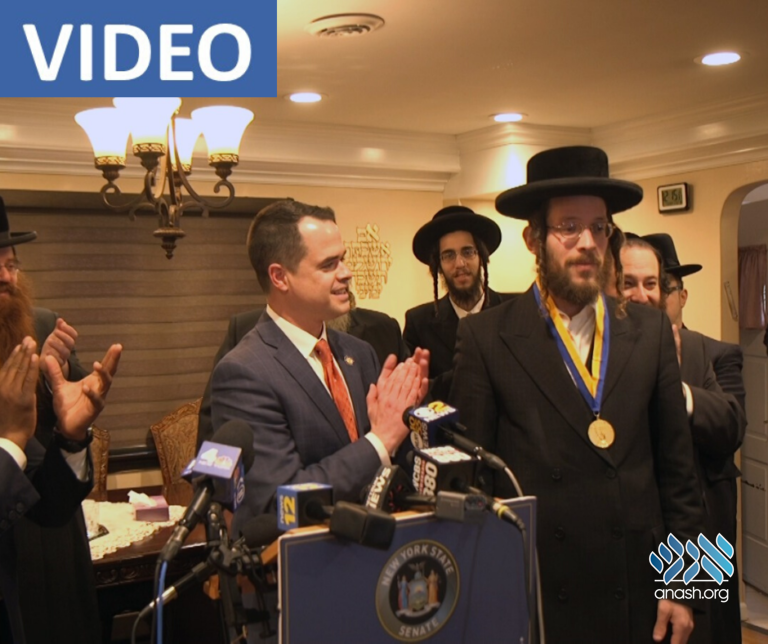 “Yosef Gluck rose to the occasion and he did what we all hope we would do in a chaotic and violent situation,” State Senator Carlucci said.

The 32-year-old Monsey resident used a table to stop the attack that left five people wounded, including 72-year-old Yosef Neumann who as a result of the attack remains in a coma.

“Yosef Gluck did what we all hope we would do in a chaotic and violent situation,” Carlucci said. “He fought back and threw a coffee table at the machete-wielding attacker.”

With the presence of mind to get the suspect’s license plate number as he fled from the home, Gluck provided police with a description of his car and license plate, and Grafton Thomas, the alleged attacker, was caught two hours in Manhattan.

“We can rest a little easier because of the heroic act that Josef did,” said Carlucci.