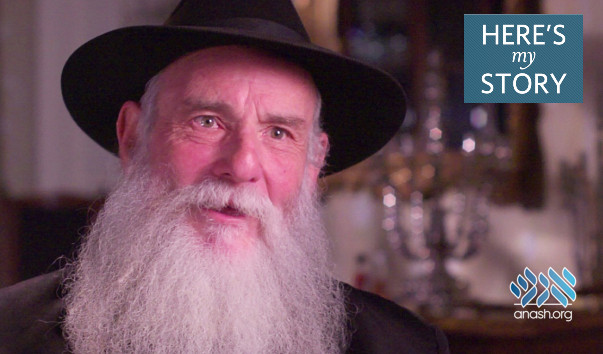 When the Rebbe announced that 71 new institutions should be established, Rabbi Shlomo Cunin committed to opening 7 new Chabad Houses. The Rebbe participated with his own unique donation.

When the Rebbe turned seventy, he challenged his chasidim to establish seventy-one new institutions.

I had the honor of being present at the farbrengen when the Rebbe celebrated his seventieth birthday. I vividly recall the Rebbe saying that some people are telling him that now is the time to rest, take it easy and retire, but he believes that now is the time to begin work with ever greater vigor, as the Ethics of the Fathers states, “at eighty [one attains] strength.” He then concluded, “So since from seventy, we are moving toward eighty, over the course of this year, at least seventy-one new institutions should be established.”

“I will be a partner with every individual who will dedicate himself to this project,” the Rebbe promised. “From the money that have been contributed to the Seventy Fund, I will cover at least ten percent of the expenses involved in establishing these seventy-one institutions.”

By 1972, I had been serving for seven years as the Rebbe’s emissary to the West Coast and when I heard the Rebbe’s words, I immediately passed over a note via his secretary that I and my team would be taking upon ourselves to establish seven of these seventy-one institutions.

The next day, our California delegation had an audience with the Rebbe during which we presented him with a silver crown to fit atop his personal Torah scroll. I also invited Rabbi Chaim Itche Drizin, who was then working in Northern California as a Talmud Torah teacher, to join us. I asked him, “How would you like to serve as an emissary with us?” And he responded “I’d love to.”

During the audience, I pointed to Rabbi Drizin and said to the Rebbe, “He will establish the first new Chabad House of the seven that we promised.”

And the Rebbe looked at us and smiled.

Previously, when I first went out west in 1965, the Rebbe had told me, “Shlomo, zolst aynnemen gantz California – Shlomo, you should conquer all of California.”

“Focus on the outlying areas,” the Rebbe responded. “I heard there are a lot of Jewish students in Berkeley.”

But it took a while to build up our organization and be ready to go there.

When I – together with my legal advisor and backer, Marvin Goldsmith – established the first Chabad House on a college campus in Los Angeles, we gave the Rebbe a copy of the key. He took it and asked, “To which Chabad House is this?”

“There is only one,” Marvin said.

“Don’t be so humble,” the Rebbe responded. “It will spread from the west to the north, and from the north to the south. And then to the east where we really need it.”

Indeed, that is what happened in 1972. We established a Chabad House in Berkeley (northeast of San Francisco) with Rabbi Drizin at the helm, and another in San Diego (the southernmost city in California) headed by Rabbi Yaakov Krantz. These centers – and the others we established that year – gave rise to the 220 Chabad Houses currently spread over California and Nevada.

Expanding as rapidly as we did, we had to raise a fortune, and although we were very successful, we still had to borrow $200,000.

The following year, I submitted a report to the Rebbe on all the new institutions. But I didn’t mention anything in the report about monies owed as I never felt right about asking the Rebbe for money. I thought that’s not the way a child should approach a father, asking, “Can I have a couple of bucks?”

The Rebbe read my report and looked up. “Do you need money?” he asked.

“How much do you need – two hundred thousand?”

I nodded my head in silence.

The Rebbe then said, “I will give you two hundred thousand dollars.”

I thought I would collapse on the spot! I will never forget that moment when the Rebbe opened the drawer of his desk and started counting out money.

He motioned me over and presented me with a packet of one-hundred-dollar bills. “I am only giving you one thousand dollars,” he said smiling. “So go out now and sell each one of these bills for twenty thousand, and you’ll have two hundred thousand.”

It happened just as he said – with the bills that the Rebbe gave me that day, I raised all that I needed, armed with a bottle of Crown Royal and a box of honey cake.

My first stop was to see a philanthropist with whom I had a close connection. I had helped him make a Bar Mitzvah late in life and I regularly helped him put on tefillin. I told him, “I am bringing you a special blessing from the Rebbe,” and I handed him a one-hundred-dollar bill. “The Rebbe will keep you in his prayers, and with G-d’s help, whatever you need to happen will happen.”

That’s how I got the first twenty thousand dollars. Immediately, I called up the Rebbe’s secretary, Rabbi Mordechai Hodakov, to report what happened and what was promised to this individual whose Hebrew name I also supplied. (The Rebbe was listening on the line.)

My next stop went much the same. This particular individual was aggrieved because his grandchildren were estranged from him, wanting nothing to do with Judaism. I told him to give me their names to pass on to the Rebbe.

He gave me a check, and I reported what transpired to Rabbi Hodakov with all the details. As a postscript to this story, I can confirm that this man’s grandchildren eventually did return to Judaism.

My third stop was to a Holocaust survivor who had a similar issue and the result was the same.

Then there were two partners – brothers-in-law, one Sephardi and one Ashkenazi – who needed to raise millions of dollars for a development project. “Give me your Hebrew names, and I will pass on your request to the Rebbe.”

These two businessmen believed that the Rebbe was a holy man, leader of the generation, just like Moses was the leader of the Exodus generation. And their faith was rewarded. One of them became a multi-billionaire, among the richest people in world. The other is also very well off.

That’s how it went – every donor had his most fervent prayers answered. And we were able to give the Rebbe a key to every Chabad House that we built that year.

Since 1965, Rabbi Shlomo Cunin has served as the director of Chabad of the West Coast, which today comprises over 220 Chabad houses. He was interviewed in January and August of 2013.