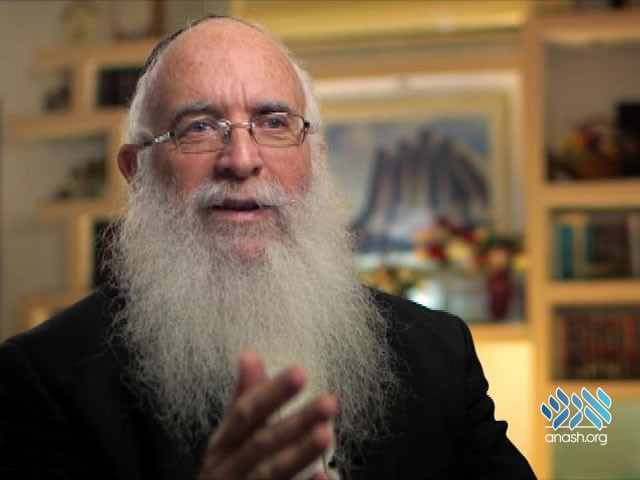 In a recent series of articles, Rabbi Yechezkel Soffer sought to clarify the Rebbe’s attitude to advanced technology and our openness to use it.

Rabbi Soffer is known as one of the most outstanding individuals in our times in the field of hafotzas hamayonos. He is the author of many books and a sought after lecturer, and has brought many people to mitzvah observance and to Chassidus over the years. The Rebbe told Harav Yeruslavsky of Nachlas Har Chabad that Rabbi Soffer addresses every issue thoroughly. He resides in the Ramot neighborhood of Yerushalayim.

Recently the hanhalos of many yeshivos put in place strict guidelines regarding phones for bochurim, completely outlawing smartphones.

In connection to this, we bring to you an op-ed by Rabbi Yechezkel (Chatzkel) Soffer, originally published on COL.org.il, in which he seeks to clarify the Rebbe’s attitude to advanced technology and our openness to use it.

The op-ed came in response to an article in which a Lubavitcher ridiculed other frum communities who have a more wary approach to modern technology, claiming that our approach is 100% different.

The writer cited a sicha of the Rebbe from 5748. The Rebbe cites the fact that gold is what caused the Yidden to sin with the Chet Ha’Egel and yet, afterwards Hashem commanded the Yiden to use gold for the Mishkan. From this the Rebbe learns that “when we see something that others use for negative purposes, we should not be disturbed, instead we should use it for its true purpose, the service of Hashem.”

In a footnote, the Rebbe specifies and adds, “Based on this it is understood that the same is true for the advancement of technology that have been revealed in recent generations. Although it is possible to use them for things that are against the Torah (as we see clearly by many, rachmana litzlan), nevertheless we must use them for holy purposes, namely the spreading of Torah, Yiddishkeit etc. This is especially true for those who already use these tools for business, since these advances were ultimately created for their positive potential.”

From here the writer concluded that although necessary precautions are of course needed, such as installing filters on all devices, Anash should be encouraged to make use of all the technological devices available and not avoid them.

The following is an abridged version of Rabbi Soffer’s response:

The article starts with a proud declaration, “I have filtered internet in my home.” This is followed by an explanation that, unlike much of the “Charedi” community, which has disengaged from new technological advancements, Chabad has a different approach. The writer brings many examples of the Rebbe’s embrace of technology to spread Yiddishkeit and extends that approach to include the internet.

In my opinion, it is inappropriate for him to predicate his personal and controversial opinion on the Rebbe. Although he brings support for his view from a sicha, he fails to notice a clear distinction.

In that sicha, the Rebbe quotes Rashi, which explains that the Chet Ha’egel was caused by “the abundance of gold that they had.” Yet, instead of forbidding gold, Hashem instructed the Jewish people to use the gold for its true purpose, the building of the Mishkan. However, in that instance the Jewish people were following Hashem’s command to remove the gold from their homes, and bring it to the Mishkan, while the writer is discussing bringing the internet into the home.

Certainly, the Rebbe supported and demanded that we use the tools of communication to spread Chassidus, but does that mean that we should bring them into our homes? How many times did the Rebbe inveigh against having a television in the home (even while allowing the Farbrengens to be broadcast on satellite TV)?

In a follow up article, Rabbi Soffer clarified further:

The Rebbe once explained the significance of the two signs of a Kosher animal, namely chewing its cud and having split hooves.

An impure approach is one that consists of only one side, either all “left” (forbidden) or all “right” (allowed). The Torah’s approach, on the other hand, combines ‘שמאל דוחה וימין מקרבת’, the left hand pushes away, while the right hand draws close. That means that even when the goal is to bring in, it must not be done at all costs.

It is noteworthy that ‘שמאל דוחה’ comes first in the quote, since the initial response must be to reject even those things that are permitted, unless it has been shown clearly to be ‘לשם שמים’. This approach is based on a recognition that everything in this world was created by and is “owned by” Hashem and we may only make use of it for the sake of its Owner and Creator.

Both of these points apply to the matter at hand:

Firstly, we have to honestly assess whether or not a smartphone is indeed necessary for our shlichus.

Secondly, if indeed the approach that is permissive of technology comes from pure Chassidishkeit it should only allow the use of these means for those who need it to spread yiddishkeit. This very approach should support and encourage the broader Charedi public, who are not in the business of spreading yiddishkeit, to avoid use of technology. For only those that are using technology for its true G-dly purpose can be certain that they will be protected from the dangers it presents. Certainly yeshiva bochurim, whose task is not shlichus in the world, should by no means have internet access or smartphones.

Those who need a smartphone for business must make that decision in consultation with their Rov. The Rov will help the person decide if he or she truly needs the device, which apps they need and whether a filter is sufficient. Any access beyond what is needed runs the risk of bringing untold harm. Even then, it should not be used in public where it could bring a Chillul Shem Lubavitch.

Bochurim who want to be mekushar (connected) to the Rebbe, have to disconnect from “sitrah achara.” They don’t need smartphones for work or shlichus, and it can only hurt them.

A shliach who after consultation with his Rov has come to the conclusion that he needs a smartphone must ensure that it is properly protected with a filter. It is also a good idea that the phone be stamped by the filter company, so that everyone sees straight away that he is careful in his shlichus. The same is true for businessmen who truly need a smartphone for their work.

Both the shliach and the businessman should limit their use of a smartphone to their shlichus or work. They should not bring it into their home, or into shul during davening or learning. They will certainly not lose out physically or spiritually if they miss a message during davening.

This week, I noticed someone sitting at a chasunah for over two hours engrossed in his phone, completely disconnected from his friends. Would it have been so terrible if he would have left his phone in the car for that time?

My dear friends! Please! Take upon yourself to hold back for 40 short days from Rosh Chodesh Elul until after Yom Kippur. Go out to greet the King while He is in the field. Otherwise you might miss the smiling countenance that He is showing you.

We were told to “do all that you can.” This is certainly something that we can all do.