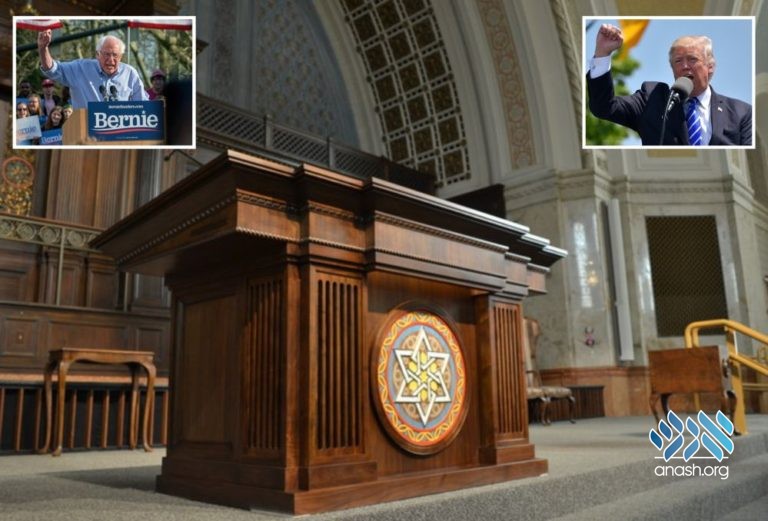 Synagogues are losing members over their Rabbis’ failure to call out anti-Semitism on the left, disgruntled congregants say.

A recent tweet by a New York Post columnist turned into a fascinating twitter discussion. Members of reform and conservative congregations shared their discontent with their synagogues and the Rabbis who lead them. Their complaint? Too many Rabbis play politics at the pulpit.

“We quit our synagogue in September because they failed to speak up about the anti-Semitic attacks happening in Brooklyn,” tweeted Karol Markowicz, “and they speak up about *everything* else.” She went on to express her frustration that people are still paying dues to a synagoge led by a Rabbi who openly condemns AIPAC, but refuses to condemn anti-Semitism on the left.

As the conversation unfolded, others chimed in with similar sentiments, with one man tweeting that he left his Temple and now happily attends his local Chabad House.

“My synagogue got a new rabbi last year… there are fewer AIPAC materials around and lots more invitations to attend coffees with J Street,” complained another.

It is a well-known rule among shluchim that one should not preach politics from the pulpit. Many even refrain from discussing their political views with members privately, feeling that it does not serve a purpose and can cause harm in this era of polarizing politics.

Tuesday’s twitter thread is evidence that when preaching to their people, Rabbis should stick to the topics their members come to shul to hear about: Hashem, Yiddishkeit, and the importance of doing mitzvos.