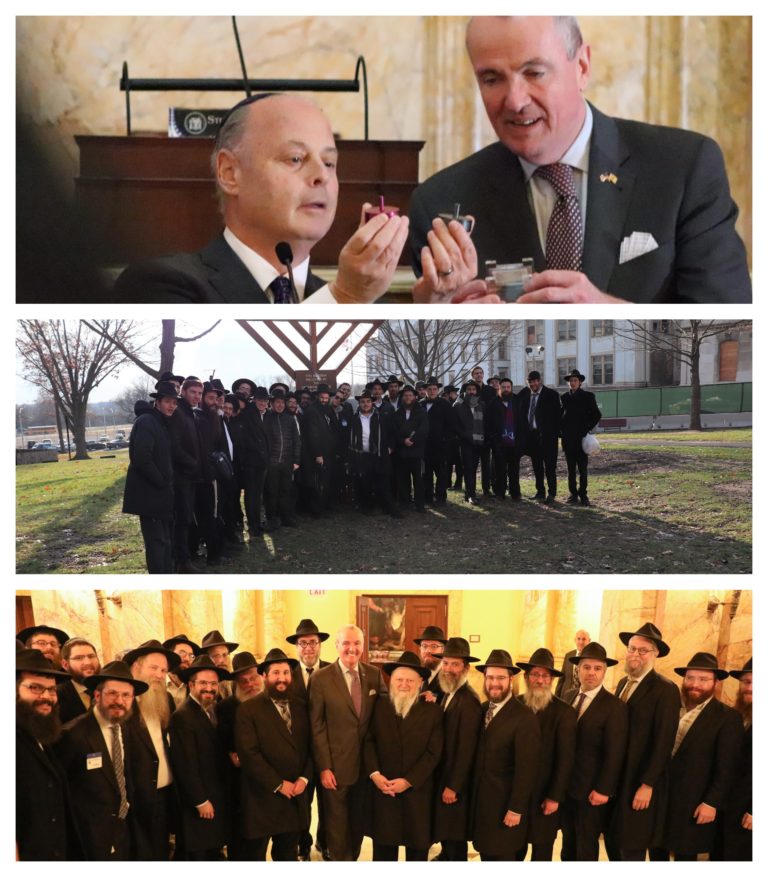 Governor Phil Murphy addressed the representatives of more than 60 Chabad Centers throughout the State of NJ. He reflected on the timeless messages of the Chanukah miracle and pledged to continue efforts to protect Jewish communities and all New Jerseyans.

This pre-Chanukah event was held on a most significant day in the Chabad calendar, when the founder of Chabad, Rabbi Schneur Zalman of Liadi was freed from an oppressive tyranny and government, who imprisoned him.

“We are grateful for the support of our elected officials here in New Jersey and their commitment to the religious freedoms of all citizens. A stark contrast to the beginnings of the Chabad movement,” said Rabbi Mendy Herson, Associate Dean at the Rabbinical College.

As the entire Jewish community continues to heal from the recent acts of anti-Semitism in Jersey City, Rabbinical College Trustee, Miles Berger, thanked the Governor for his strong support, friendship and genuine condolences to the families of the victims and the greater Jewish community. Mr. Berger honored Governor Murphy with a pair of matching Dreidels that the Governor truly appreciated. “It reminds me of my favorite Chanukah song – Oh Dreidel Dreidel Dreidel..”

Rabbi Avi Richler, Chabad of Gloucester County, coordinated the event and opened with a moment of silence for the victims of the Jersey City terror attack. He thanked State Senate President Stephen Sweeney for graciously availing the State Senate chamber for the annual event.