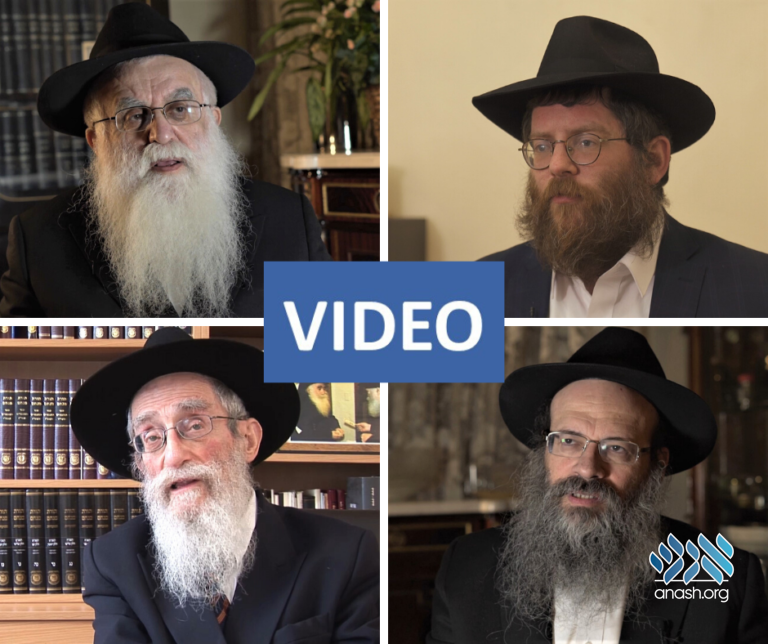 A new video presentation by Vaad Or Vechom brings milestone Farbrengens by the Rebbe alive through never-before-released footage and new interviews.

As Chassidim around the world have marked 70 years of the Rebbe’s leadership, Vaad Or Vechom prepared a state-of-the-art video production bringing to life Yud Shevat milestone farbrengens with the Rebbe.

Focusing on the yovel milestone of 5720, 5730, 5740 and 5750, the video offers a unique look into each year’s celebration with the Rebbe, with never-before-published footage and brand-new interviews providing a fresh perspective on these unique moments.

Four prominent chassidim were interviewed — each was present as a bachur at one of the four farbrengens, and their descriptions of these momentous occasions bring added depth and color to the production.

The video, which is titled ”10 Shevat Milestones With the Rebbe,” was shown for the first time at the central Yud Shevat farbrengen at the Ohel Tuesday night. Speaking at the farbrengen were Rabbi Yosef Chaim Kantor, Rabbi Asi Spiegel, Rabbi Tzvi Grunblatt and Rabbi Mendel Scharf. The Farbrengen was attended by Thousands of chassidim and many thousands more joined online.

The Farbrengen was made possible by a grant from Yossi and Nechama Dina Katz and family.