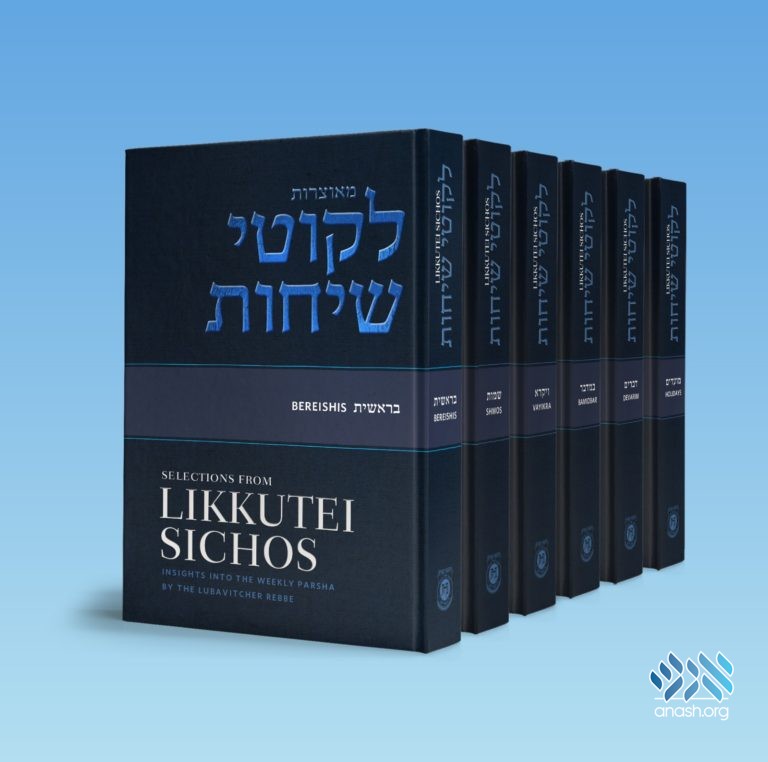 Sichos in English, the team behind the latest translation of the Alter Rebbe’s Shulchan Aruch, has been working on a landmark translation of Likkutei Sichos.

“There are tens of thousands of Yidden around the globe who want to learn the Rebbe’s Sichos as they were originally printed,” writes Rabbi Shmuly Avtzon, SIE Director, “but for many, the language barrier faced when opening a Sefer in Yiddish or Hebrew is just too much to overcome. While many wonderful books have been written that present excerpts of the Rebbe’s teachings, until now no one has accepted the task of creating a side-by-side translation.” So Sichos in English, together with Kehos, stepped up to the plate.

The last project undertaken by Rabbi Yonah Avtzon OB”M before his tragic passing earlier this year, Likkutei Sichos in English has been an ambitious one. Translated by Rabbis Eli Touger and Sholom Ber Weinberg and overseen by the new board of Sichos in English (including Rabbi Levi Avtzon and Mayer Prager), this project was made possible through the generous support of R’ Yaakov and Karen Cohen and many other donors.

The new series is expected to include six volumes – one for every Sefer in the Chumash plus one for Yomim Tovim, with the first volume, Bereishis, available online and in stores now!

Each sefer features three Sichos per Parsha, all of which are laid out in a modern and easy-to-read format thanks to the talented team at Spotlight Design and the incredible efforts of Yosef Yitzchok Turner. Every Sicha is presented with in-line translation next to the original text and includes explanatory notes. Additionally, the SIE team has translated each of Rebbe’s footnotes so that those learning in English won’t miss out on a single highlight or nuance.

“I have been studying Chabad Chassidus for years,” wrote one of the series’ first readers, “but never have I felt so connected to the source – to the Rebbe. By learning each line as the Rebbe originally intended, I feel that I understand the Sicha in a completely different light.”

As part of its launch sale, Sichos in English is offering a 10% discount plus FREE SHIPPING on all orders made through its site: sie.org/LS

Shluchim as well as educators, take note: there is a 25% discount provided on orders of 10 or more. 10 copies of Likkutei Sichos in English will be shipped to your door for only $299!

For deals on larger quantities, reach out to sales@sie.org.