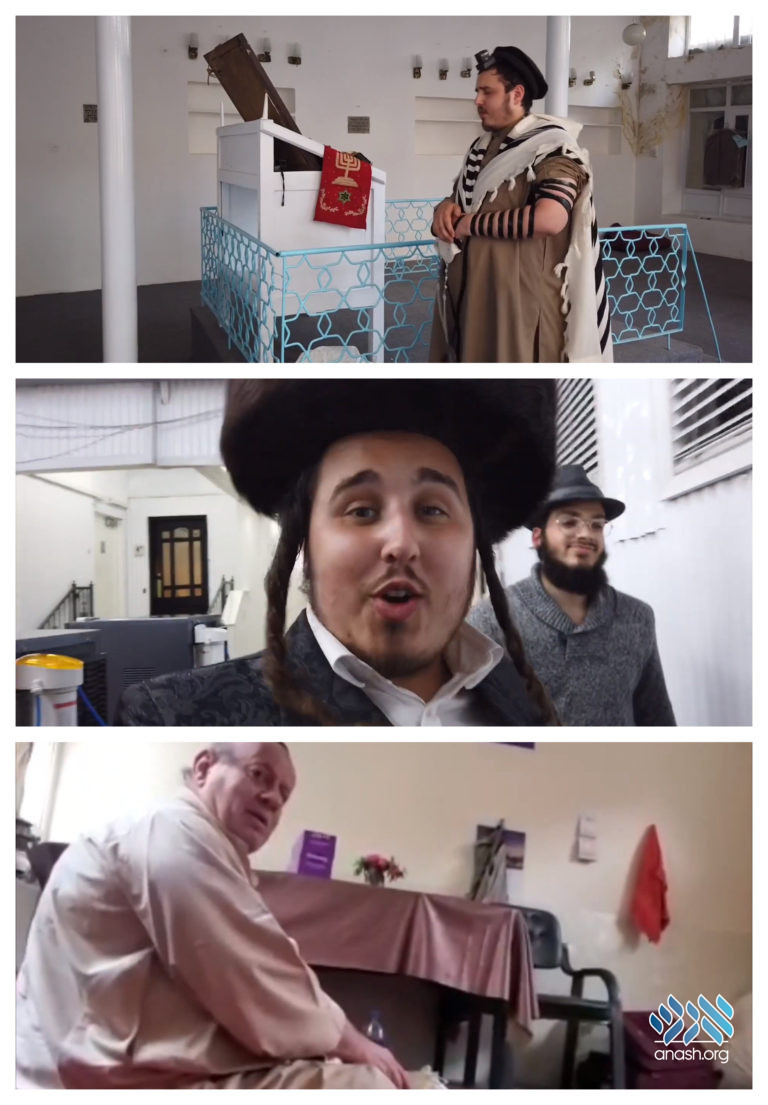 Shloime Zionce reports back on the delivery of tefillin to the “Last Jew in Afghanistan” and the shaila of Islamic text on the tefillin bag.

During the three days I spent in Afghanistan in early September, I had the opportunity to spend quality time with the troubled country’s last Jew, Zabloun Simintov, as I described in my article in Ami’s Sukkos edition, “The Last Jew in Afghanistan.”

On the final day of my visit we davened Shacharis together in the last functioning synagogue in Kabul. I couldn’t help but notice that Zabloun’s tefillin were in really bad shape. His tefillin shel rosh were missing, and the strap from the tefillin shel yad was completely torn and being held together with a safety pin. When I asked him about it, he said that they hadn’t been repaired in at least 15 or 16 years. I told him that I would try to raise money for a new pair of tefillin and he was very appreciative.

On Chol Hamoed Sukkos I started a fundraising campaign. Thankfully, within a few days, many people contributed to it, and we were able to raise all of the necessary money. We purchased a pair of tefillin that were in accordance with Zabloun’s Afghan minhagim.

Next, I reached out to Prestige Embroidery in Crown Heights and asked if they’d be interested in donating a new tefillin bag for Zabloun. Mrs. Esty Borenstein graciously agreed to make him a custom leather tefillin bag. We brainstormed a bit in order to come up with a design, and eventually, I got the idea to make a bag depicting the Afghan flag, which in retrospect wasn’t a great idea, but we’ll get to that in a minute.

The bag was designed with the national flag of Afghanistan on the front, together with Zabloun’s name, while the side featured the words from Birkas Kohanim “Yevarechecha Hashem, etc.” Inside, the lining was embroidered with the words “Am Yisrael chai.” “Every time he opens it up and sees these words, he’s going to feel part of something big and important,” Mrs. Borenstein explained. “Interestingly, the man who was operating the embroidery machine was actually a kohen, so it’s as if a kohen personally blessed him.”

Then a close friend of mine, who is a seasoned traveler and also knows how to handle himself in such locations, offered to travel to Afghanistan to personally deliver the tefillin to Zabloun, paying all the expenses out of his own pocket. [Shloime also took the tefillin bag to the Rebbe’s Ohel to daven for the success of the trip – ed.]

A short time later I did a quick Google search to find out what was written on the flag of Afghanistan and was surprised to discover that it contains a religious Muslim text. But since my friend was leaving for Afghanistan early the next morning, I decided to drop the bag off at his house and we’d deal with the questionable words later.

I later contacted a posek and told him that I’d overlooked the wording on the flag. He told me that according to many halachic opinions Islam isn’t considered avodah zarah, and I shouldn’t worry about it. The posek even added that no effort should be made to distort the text on the tefillin bag, as it could place Zabloun in even more danger if discovered, chas v’shalom.

After my friend landed in Afghanistan, he immediately went to the synagogue and presented Zabloun with the tefillin. Zabloun was very taken aback and was visibly moved by the gift. He kissed the bag lovingly as it was placed into his hands and then davened Shacharis wearing his brand-new tefillin.

We’d like to thank everyone who generously contributed to this cause. And just in case you’re wondering, Zabloun was also the very lucky recipient of a few salamis.