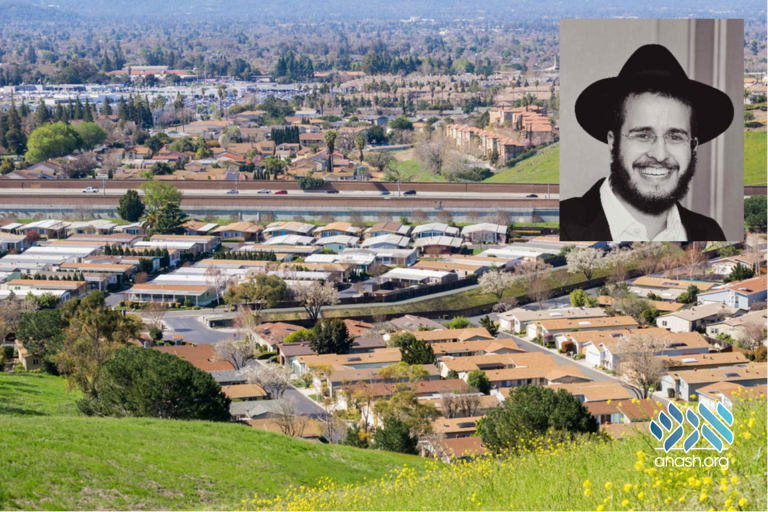 In honor of Rabbi Tzemach Cunin A”H, 43 new shluchim will be moving to communities throughout California within the year of his passing to find neshamos that have not yet been lit up.

In Silicon Valley, where the tech industry has attracted tens of thousands of Jews, Rabbi Mendel and Mussi Weinfeld will be moving down to open up a Chabad House in Almaden Valley.

The Weinfelds will be moving out on Sunday IYH and are excited to be joining the force of Shluchim sent by the Rebbe to Silicon Valley.
A special thanks to Rabbi Aaron Meir and Frumie Cunin, directors of Chabad of S. Jose, who have graciously served the Jewish community and built up Judaism in the city for almost 20 years, for making it possible.

Inspired by the Rebbe’s mission and vision, they are excited to have merited to become the Rebbe’s Shlucim. With Hashem’s help, they hope to turn it into a rich Torah oasis, preparing it for the imminent arrival of Moshiach Tzidkeinu. But to make this a reality they need partners. Silicon Valley is not only known for its Jews, but also for its soaring real estate.

The Weinfelds are running now a Charidy Campaign to fundraise $36,000 to kick off their Shlichus. Please donate generously at www.Charidy.com/Shlichus.