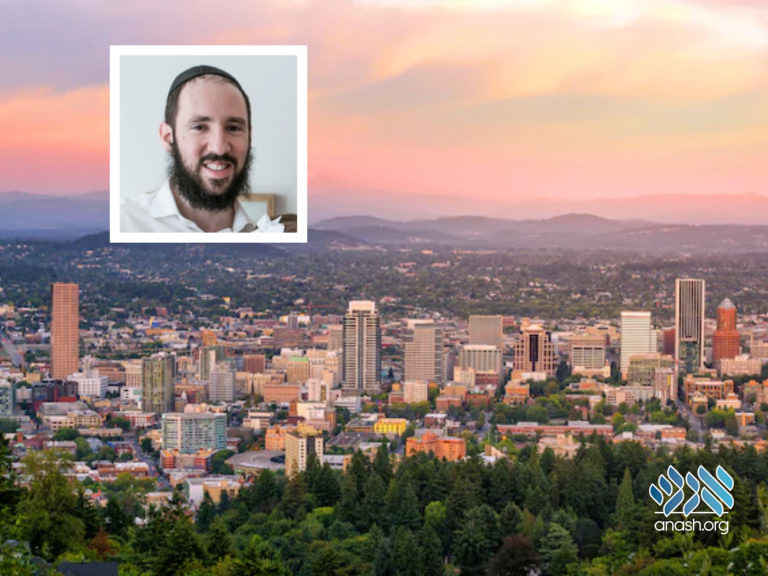 Rabbi Meir and Sheina Posner will be moving on shlichus to Portland, Oregon, focusing on young professionals as well as Portland’s Northwest neighborhood.

Portland Oregon will soon be welcoming the Posner family as its newest shluchim.

Rabbi Meir and Sheina (Paim) Posner will be establishing a Chabad center focusing on young professionals as well as serving the community in Portland’s Northwest neighborhood. As an always-evolving city that attracts many young adults, Portland is full of young Jewish creatives and professionals. The new Chabad center based in Portland’s vibrant character-packed Northwest District will be a source of Jewish life and learning.

The Posners were appointed by Rabbi Moshe Wilhelm. This year is a significant one for Rabbi Moshe and Devora Wilhelm as they celebrate the 36th anniversary of Chabad of Oregon.

Thank you to Rabbi Chayim & Simi Mishulovin who led CYP programming for 16 years and together with Rabbis Motti Wilhelm and Chaim Wilhelm worked to find the new Shluchim.

The Posners will B’ezras Hashem be moving shortly and are currently running a startup campaign. Please consider contributing and partnering In establishing the new Chabad center.

Donations can be made at portlandcyp.raisegiving.comor paypal.me/portlandjewish For Cashapp and Zelle or to contact the shluchim CYPPortland@gmail.com