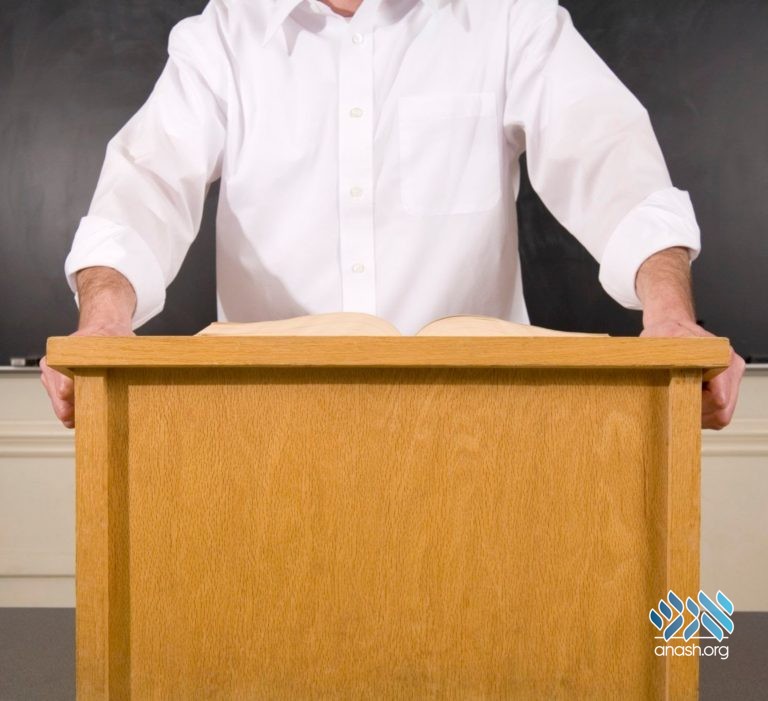 A new weekly subscription service to powerful sermons for shluchim is now available at an affordable price.

The weekly discourse will be delivered to your inbox ready for presentation, and are perfect for a sermon or short class.

The first twenty subscribers will receive the sermons for $9 per week; the regular price is $11 per week. Discounts available for long-term subscriptions.

For a PDF of this sermon, complete with sources, click here.

Begin with a joke:

My friend just told me the other day, “I took a personality test!”

Our Parsha is all about personalities. Our Parsha begins with the verse:

“These are the offspring of Yitzchak the son of Avraham, Avraham bore Yitzchak.”

The primary commentator on the Torah, Rashi — tells us that the repetition in this passuk is to signal that everyone admitted that Avraham bore Yitzchak. How did this come to be? G-d made Yitzchak’s features extremely similar to Avraham’s, making their relation obvious to any observer.

But why did G-d need to involve himself to ascertain that it would be so? Isn’t it natural for a son to resemble his father?

Yes, that is usually the case. But in addition, children usually resemble their parents’ character, to some degree. It was not so with Avraham and Yitzchak.

Avraham had a kind nature, “Avraham my lover” — G-d says[1]. Yitzchak’s nature was more strict. “the fear of Yitzchak” — Yaakov refers[2] to G-d in association with his father, Yitzchak. Avraham, the more outgoing one, traveled to many countries, teaching the world about G-d. Yitzchak, the more reserved, stayed in the land of Israel, and taught there[3].

Character is revealed in facial features. Having such different characters, it would be natural for them to not look alike. This is why Hashem had to take direct action, to cause them to look similar to one another[4].

They possessed uniquely different personalities, which affected their behavior — and yet, they co-existed and complemented each other; recognizing that no matter their differences, they were each serving G-d in their own capacities.

So, we’ve learned how Avraham and Yitzchak, father and son, possessed different qualities, yet appreciated each other. This brings another tale from our parsha to mind:

Our parsha tells us about Yitzchak’s service of G-d in Israel — he dug wells. He did quite a whole lot of it. First he had his servants dig up the wells that his father, Avraham, had dug, and were stuffed up by the Philistines. And then he began digging a bunch of his own.

What does digging wells entail? It entails getting on hands and knees, into the dirt, and moving it aside. After the dirt has been removed, something cold and fresh jumps up at us from the ground. What does that represent? The positivity we may have overlooked.

We may look at a relative or a co-worker and think that they are a lost cause. They seem to be so stooped in negligible behavior that it just seem like they’ll be that way forever. Let’s look at them positively. Let’s help them realize themselves. Let’s find the hidden good and help them bring it to the forefront. This was Yitzchak’s G-dly service in Israel, uncovering the goodness and G-dliness in each and all.

A story to illustrate this point[5]:

Philanthropist, Mr. George Rohr had arranged a beginners’ service at his shul in Manhattan. On Rosh Hashanah, 120 Jews attended the new service. Mr. Rohr decided to announce this to the Rebbe, certain that the Rebbe would receive much nachas from his good news. When his turn to meet the Rebbe arrived, he confidently strode up to the Rebbe and shared:

“Thank G‑d, this Rosh Hashanah we set up a beginners’ service in our shul and had 120 Jews with no Jewish background participate!”

The Rebbe’s face dropped, and Mr. Rohr tried to figure out what might have upset the Rebbe.

“No Jewish background?” asked the Rebbe. “Go and tell those Jews that they are all children of Avraham, Yitzchok and Yaakov.”

There is no Jew, with “no Jewish background,” the Rebbe said. All that is needed is to bring it to the forefront.

On that note, another tale of our parsha ties in: We learn how Yitzchak wished to bless Esav, and Yaakov only attained the blessings through — shall we say — unconventional means. Why did Yitzchak want to bless Esav, knowing that he was not nearly as good as Esav? He wished to uplift him and reveal the spark of goodness within him[6]. He wished to dig up his well[7].

(Ultimately, in this case, G-d wished that Yaakov’s descendants receive the blessings, knowing that theywould be the ones worthy of being chosen to receive G-d’s commandments[8].)

Digging wells isn’t only about affecting another, it is also about affecting and revealing ourselves[9]. We may look at our fellow, see their unique accomplishment, and think to ourselves that we are less worthy in some way. But instead of looking at it like that, we should draw inspiration from that person’s fortitude to use his G-d given talents, and contemplate how we can use our own talents — which — by the way — the one we’re envying may not posses, and use it in G-d’s service.

I once heard a joke about our “potential”:

My physics teacher told me I had so much potential, so much energy

Then I fell down the stairs and lost it all.

But Esav — the man of the field, bubbling with energy, was actually born to use his talents for G-d[10], and that is what Yitzchak tried to accomplish with him. To dig up those wells.

A guy was preparing for a date. He was unfortunately quite worried about how he would come across.

He picked her up, and began the conversation by telling her a joke. She began laughing heartily… But his demeanor remained grave. She started feeling uncomfortable and asked him what’s up. He replied, “To me, telling jokes is a serious matter.”

Let’s accept the way we are, more serious or more funny; more timid or more excitable; and use our G-d given nature and talent for what G-d envisioned.

We were each created by G-d in a certain way, and we can each use that to further his vision for the world — a world of goodness and kindness, and for our fellow Jews — bringing the awareness of him and his commandments, which refine the world, to wherever we may be.

A story which illustrates this point[11]:

R. Elye Abeler — a chassid of the fourth Lubavitcher Rebbe, Rabbi Shmuel, who is known as the “Rebbe Maharash” — was a businessman who was not especially book smart.

“Elye! I envy you. You travel to fairs and markets and you meet many people. When you’re in the midst of your transactions and you talk to someone about a Torah thought or a saying from Ein Yaakov, and you inspire them to study nigleh and Chassidus, you generate great joy above.

Let no one say that they are an outlier.

The first twenty subscribers will receive the sermons for $9 per week; the regular price is $11 per week. Discounts available for long-term subscriptions.

For a PDF of this sermon, complete with sources, click here.