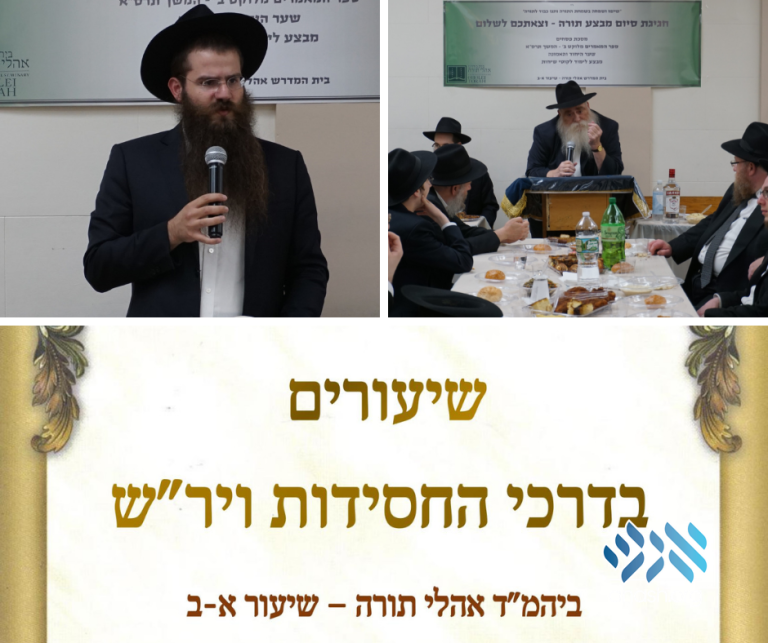 In a letter from the Rebbe written 12 Adar II 5711, the Rebbe states unequivocally that although in past eras, yiras Shamayim came from the home and yeshivos focused mainly on limudim, today the main task of yeshivos is to instill yiras Shamayim.

Inspired by this message, a new series of shiurim has been taking place in Shiur Alef and Beis of Oholei Torah Zal. The purpose of the shiurim is simply to transmit the fundamentals of darchei hachassidus and yiras Shamayim.

Baruch Hashem, the shiurim were very well received by the bachurim. Taking it a step further, the talmidim wrote down the shiurim in the form of a kovetz which was distributed as a tshurah at the tzeischem lesholom farbrengen.

In response to popular demand, they are sharing the kovetz with the public here.

Shiur Alef and Beis are concluding their second successful year since becoming their own division under Menahel Rabbi Nison Deitsch.
During the recent tzeischem lesholom farbrengen, over 25 talmidim were recognized for passing rigorous testing on all 120 daf of meseches Psochim bivas achas, the entire Sefer Hama’amorim Melukat Beis, the entire Likutei Amarim Tanya, Shaar Hayichud Veha’emunah and more.

Rabbi Fitche Pewzner, longtime mashpia, said, “How beautiful that so many talmidim finished the mesechte baal peh, it should be standard that bachurim should try to finish the mesechte every year.”

Many of the fathers and grandfathers in attendance expressed how impressed they were with the Shiur Alef and Beis program, and the motivation that they saw in their sons’ excitement in learning. As one parent put it, “It’s a small yeshiva within a big yeshiva, and here every bachur is cared for on his level.”

Rabbi Deitsch said, “Baruch Hashem, we are very proud of the talmidim of  Shiur Alef and Beis, and there is no question the Rebbe has a lot of nachas from these bachurim.”