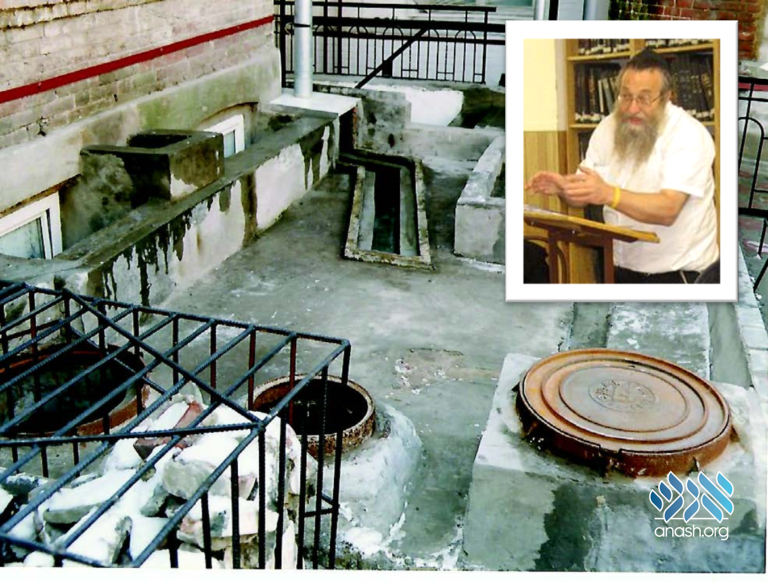 A new booklet has been released on the laws of building mikvaos, by expert mikva builder and Crown Heights’ resident R’ Elozor Raichik.

Titled “Toras Tavlin”, it sheds light on the history of building mikvaos according to the Rebbe Rashab’s instructions – “bor al gabei bor”. Bor al gabei bor is the term describing a mikva built with the pool of rainwater (mei geshamim) placed underneath the immersion pool, as opposed to it being placed on the side.

Raichik shows that the building of mikvaos in such a manner was prevalent in many pre-war European cities, including Ger, Belz and Tcherkas.

Toras Tavlin also discusses the importance of building mikvaos with a rain storage cistern, known as an otzar mei geshamim. This allows for the change of the rainwater in the bor on a regular basis, without closing down for an extended period of time to wait for new rainwater.