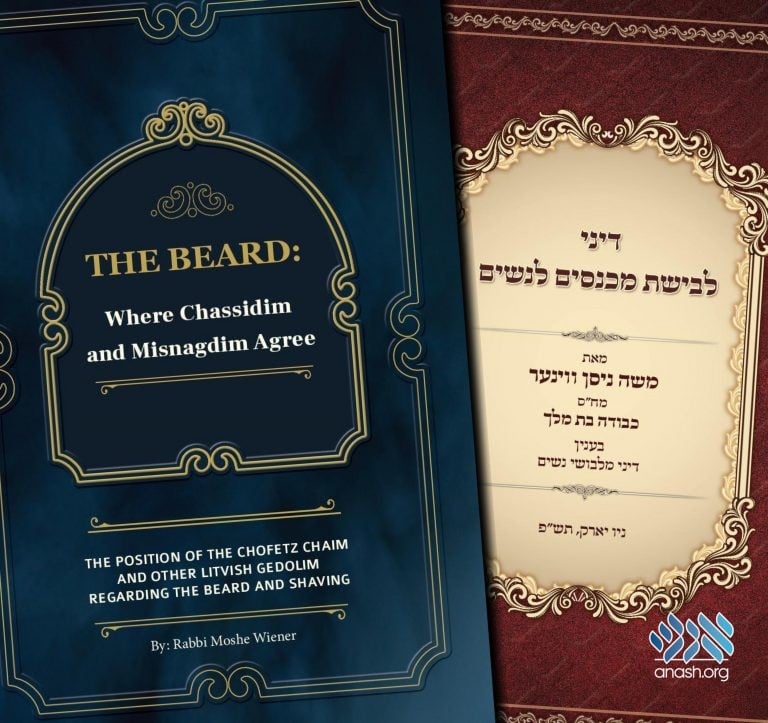 The first addresses the common misconception that chassidim and misnagdim are at odds when it comes to growing a beard. Whereas chassidim are known to be vehement about letting their beards grow (to the extent of mesirus nefesh – self-sacrifice), it is perceived that the Litvish mesorah of misnagdim is to be beardless.

A newly released publication, titled The Beard: Where Chassidim and Misnagdim Agree, demonstrates that this is a gross misconception. The booklet, authored by Rabbi Moshe Wiener, proves unequivocally that the greatest Litvish Gedolim, including the leaders of some of the most prominent Litvish yeshivos of pre-war Europe (along with many other Gedolim), promoted growing the beard. To quote the Chofetz Chaim: “Especially today…it is a great mitzvah for the entire Jewish people to reinforce this observance, and to refrain from trimming the beard even with scissors” (Kuntres Tiferes Odom in the preface). The reason for this is because (in the words of Rav Chaim Kanievsky), “Throughout our history, it has been a disgrace for anyone not to have a beard. It is only in recent generations that some have started to treat this irreverently, having learned this from the non-Jews” (Orchos Yosher section 5).

A second publication addresses a topic that is especially relevant for the summer months. As the weather gets warmer and winter clothing gives way to summer gear , it is an appropriate time to review the guidelines of proper Jewish dress.

A new publication does just that. Titled Women and Pants: A Halachic Perspective, this Hebrew booklet, by Rabbi Moshe Wiener, methodically addresses the halachic concerns involved in women wearing pants, and provides a comprehensive discussion of the related practical details.