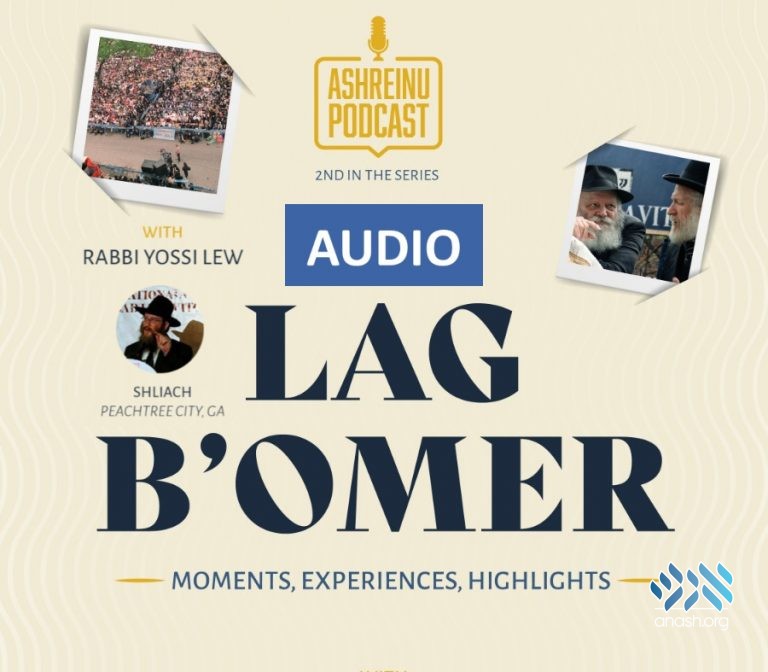 In a new episode of Ashreinu Podcast, Rabbi Yossi Lew sits down to discuss some highlights of Lag B’Omer in the Rebbe’s presence. It covers numerous parades, unique moments at children’s rallies, and a surprise Lag B’Omer Farbrengen.

In honor of Lag B’Omer, Ashreinu.app presents a podcast, 2nd in the series, highlighting Lag B’Omer moments with the Rebbe. This follows the first narrated Farbrengen by Ashreinu, Purim 5726, with Rabbi Leibel Schapiro.

In a series of tracks, Rabbi Yossi Lew sits down to discuss special highlights of Lag B’Omer with the Rebbe, focusing on the years 5740 – 5747. Each moment is narrated and presented together with its audio recording.

Highlights from numerous parades, unique moments at children’s rallies, and surprise Lag B’Omer Farbrengens, this playlist will walk you through many beautiful moments of Lag B’Omer in the Rebbe’s presence.

Establishing a new custom that would be in place at every children’s rally from then on, the rebbe requests that the Nigun “Sheyibone Beis Hamikdash” be sung, proclaiming “may Hashem rebuild the Beis Hamikdash speedily in our days!”

Speaking to a crowd of people gathered for the parade on Eastern Parkway, the Rebbe began addressing those trapped behind the iron curtain in their native Russian.

At a surprise Lag B’Omer Farbrengen after returning from the Ohel, the Rebbe answers those who scoffed at the new study cycle of Rambam.

After a lengthy Sicha at the children’s parade, the Rebbe specifies which part of his words should be translated to English.

– Completed audio of the Farbrengen of Lag B’Omer 5735. Includes previously missing moments from the Sicha, Bentching and Kos Shel Bracha.