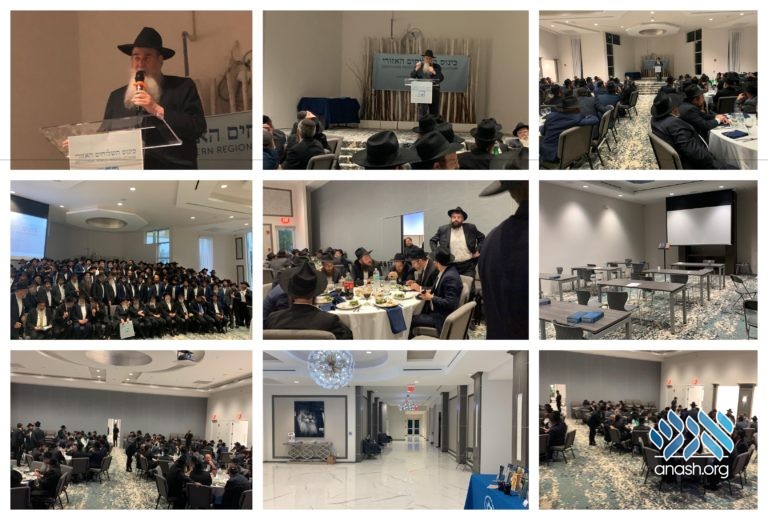 Shluchim from across the southern United States joined together as one yesterday, Sunday, for the Southern Regional Kinus Hashluchim.

This year’s Kinus was hosted by Rabbi Yosef Biston, the Shliach to Parkland, Florida, in the Chabad of Parkland brand new center.

Shluchim from across the southern United States marveled at the beautiful new premises and were inspired to aim higher.

The day was a non-stop program of workshops and lectures, including how to better teach classes, how to reach out to all levels of observance and stages of demographics, improving programs such as C-Teens, and more.