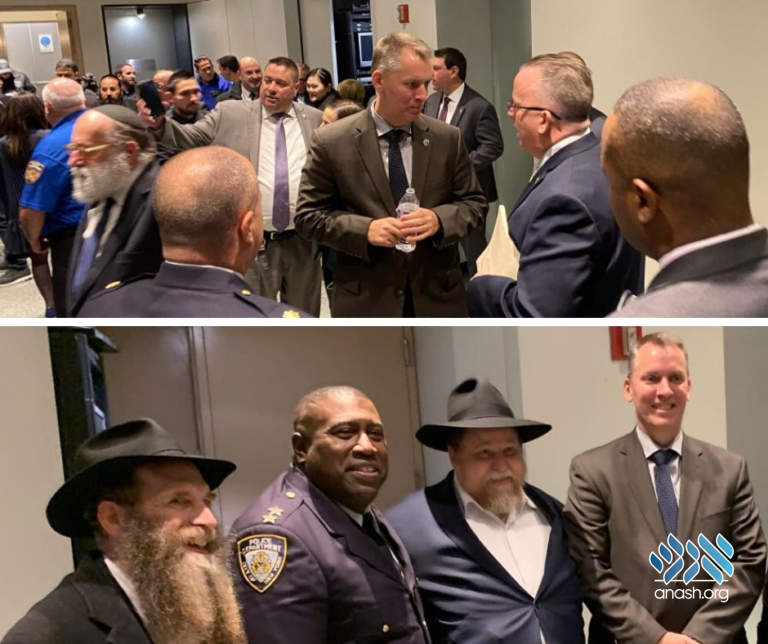 Dermot Shea was not a well known commodity for the Orthodox community when he was announced earlier this month as the new chief of the New York City police department.

On Thursday, he more than made up for that when he held a getting to know you event at the Jewish Children’s Museum in Crown Heights, which was founded by his closest associate in the community, Devorah Halberstam.

Community members packed the hall on Thursday afternoon for the chance of a grip and grin with Shea, who replaces James O’Neill as police commissioner next week, on Dec. 1.

“As the newly appointed Police Commissioner of the New York City Police Department,” Shea who currently is Chief of Detectives in charge of the uniformed officers, said in a statement prior to the event, “I look forward to introducing myself to all of the community stakeholders, and sharing my vision for your community and this great city. I am very interested in hearing your concerns, and beginning the process of working together to better your community and this city.”

Shea’s meeting comes at a particularly frightening time for the community. There have been a string of seemingly unending attacks on Orthodox Jews in Crown Heights, Williamsburg and Boro Park, with most of them remaining unsolved.

Shea is a 28-year NYPD veteran and father and grandfather. He began his service as a police officer in 1991, months before the Crown Heights Riots ripped the city asunder and a year New York City faced more than 2,000 murders. Three years ago he was named Chief of Detectives, where he has overseen the criminal investigations in the city in addition to targeted efforts to prevent crime from happening.