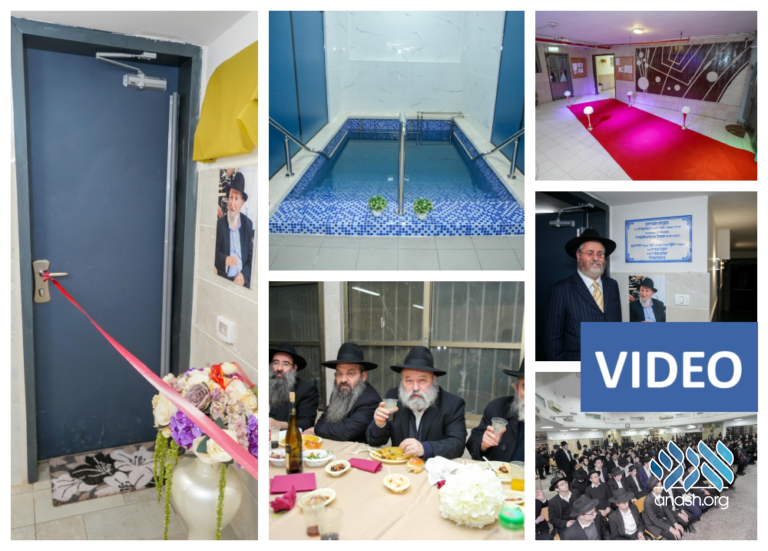 After over 70 years of raising generations of chassidim, Tomchei Tmimim of Lod, Eretz Yisroel finally got their own mikvah this week, donated by philanthropist R’ Yossi Michashvili.

History was made this week in Lod, Eretz Yisroel. After over 70 years of educating generations of chassidim, Tomchei Tmimim Lud finally got their own mikvah for the bochurim to use.

The yeshiva in Lod was established in 5709, and was originally the central Chabad yeshiva in Eretz Yisroel. In 5723 the Yeshiva Gedolah moved to Kfar Chabad, but the Yeshiva Ketana remained there, and is there to this day.

Every year hundreds of bochurim from all over Eretz Yisroel attend the yeshiva to spend a year growing in Torah and Chassidus. Throughout the decades, a significant portion of Israeli Lubavitchers passed through Lud Yeshiva at some point. As of this year, there are well over 300 students in the Yeshiva.

Despite the large number of students and the rich history behind it, the yeshiva never had a mikva of its own. Bochurim had to go to other institutions to toivel before shacharis as is the custom of many chassidim.

This week the yeshiva finally got their own mikvah. Donated by philanthropist R’ Yossi Michashvili in memory of his father Avraham AH who passed away earlier this year, the mikva was built in a practical, yet beautiful style.

The dedication of the mikva was attended by the entire student body of the yeshiva, the hanhala, the family of the donor and guests. Attending as well was the Rov of the Chabad community Harav Boaz Yurkowitz and rosh hayeshiva Harav Yitzchak Eizik Kenig