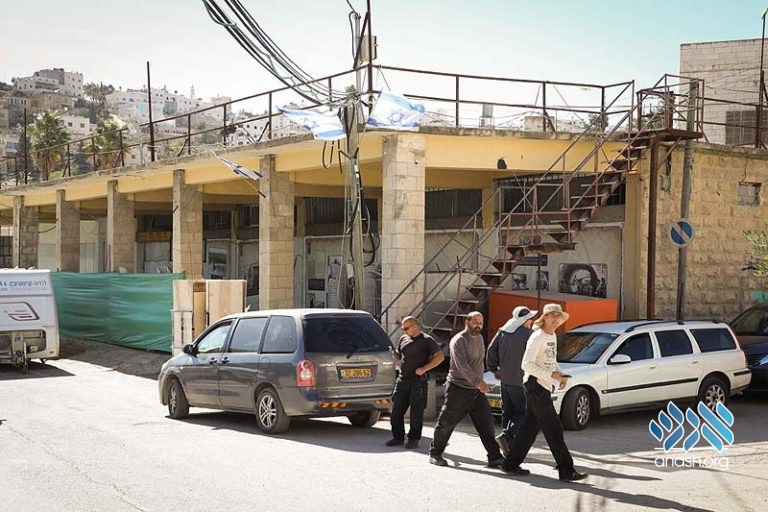 Defense Minister Naftali Bennett ordered the coordinator of government actions in the liberated territories and the IDF civil administration in Judea and Samaria, to notify the Chevron municipality of the initial planning for a new Jewish neighborhood in the wholesale market complex of Hebron, the Defense Ministry’s communications reported.

In accordance with the Minister’s directive, the civil administration will send a letter on the matter to the Hebron municipality.

The meaning of Bennett’s move is that following many years in which the issue was stuck due to a dispute between the residents of the Jewish community and the Arab residents of Hebron, the planning process for a new Jewish neighborhood will begin, to eventually create a territorial continuum from the Cave of the Patriarchs to the Avraham Avinu neighborhood, and also double the number of Jewish residents in the city.

The market structures will be demolished as part of an evacuation-construction process, and new stores will be built in their place. The rights of the Arabs living on the street level will be preserved as they are today.

The decision was made at the end of a series of discussions held by the defense minister with the civil administration, the Shin Bet, and other security forces.

The wholesale market in Hebron was owned by the Jewish residents of the city until August 24, 1929, when a bloodthirsty Arab mob in Hebron raped, tortured, stabbed, hanged, burned, and mutilated 67 of their Jewish neighbors.

The Jewish owned land, which was abandoned by the fleeing survivors, were snatched by the King of Jordan and in 1967 were taken back by Israel.

Israel allowed the Hebron municipality to build a wholesale market that was active until the mid-1990s. Now, Defense Minister Bennett has told the relevant parties to inform the Hebron Municipality that the upper area over the market level will be returned to Jewish hands for planning a new Jewish neighborhood.