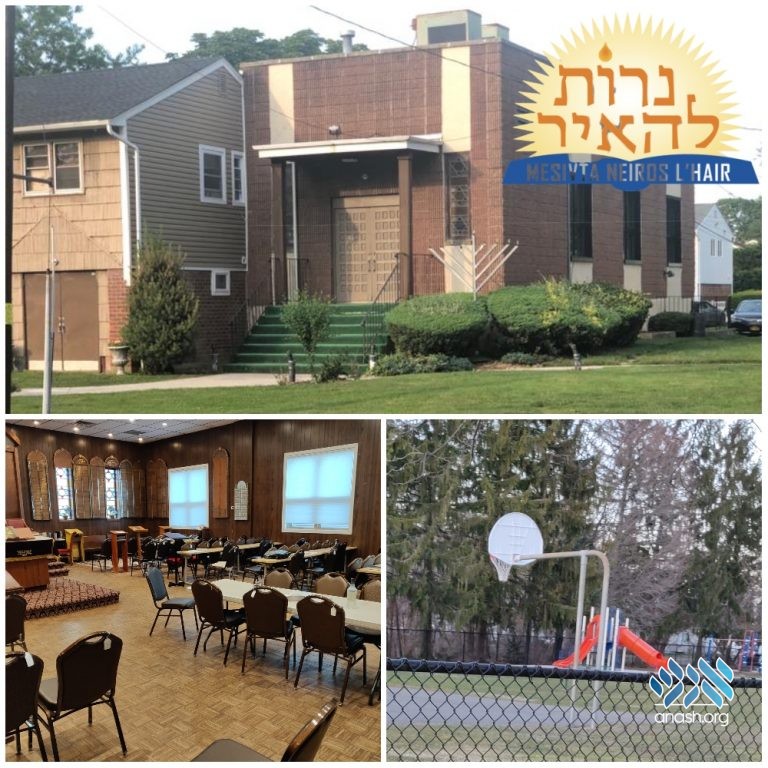 Rabbi Kahanov established the mesivta because he recognized the need to focus on the strengths of teenage boys. At Neiros L’ha’ir, every aspect of programming has been designed to address the needs of today’s adolescent boy. Neiros L’ha’ir will foster critical thinking, self-expression, and place a strong emphasis on menschlichkeit. Most importantly, the yeshiva prides itself on offering extensive individualized attention to each talmid.

Through his many leadership roles over the past twenty years, Rabbi Kahanov, originally from Crown Heights, has positively impacted hundreds of bochurim. He has experience in many roles in chinuch including that of principal, chassidus teacher, mashpia, and extra program director. He has gained a deep understanding of the yeshiva system through working in institutions such as Ohr Menachem, Oholei Torah Mesivta, HaTamim, Oholei Temimim, and others.

Kahanov’s model is centered on trust between the talmidim and hanhola. “We live in a world where things on the inside are not always as they appear on the outside.” he says. “Healthy chinuch is about inner connection and reaching the essence of the talmid.” Neiros L’ha’ir will build healthy connections and genuine relationships fostered with mutual respect and sensitivity.

At Neiros L’ha’ir, individuality is respected and talmidim will be encouraged to reach out and ask for assistance. “Everyone has their thing,” Kahanov says. In order to really understand each talmid, the menahel will hold regular one-on-one sessions with each talmid. The goal is to give each talmid a sense of security and to eliminate bottled-up frustration, anger, or conflict.  “It’s not a mashpia talk,” emphasizes Kahanov. “It’s about the talmid knowing that he can literally bring up anything he wants to mention. It can be personal, ben adam l’chavero, avodas Hashem, or practical adjustments. It’s about empowering the talmid himself.”

The mesivta will offer intriguing lessons in chassidus, niglah, and Moshiach and geula. Each shiur will be broken down thoughtfully, according to the level of each talmid. Individualized learning sessions and tutoring will ensure that each student learns at his optimal level. Extra support will be given to struggling learners, and extra-curricular learning will be available for bochurim who seek to excel in their learning beyond what is required. “The duration of shiurim will be designed to  suit the talmid’s natural capacity to sit still and focus without struggle,” Kahanov says. “The knowledge that he will not be forced to sit beyond his normal ability will help each talmid relax and have a successful lesson.”

Indeed, Neiros L’ha’ir recognizes the need for physical exertion and will incorporate learning with movement and energy in addition to the traditional forms of learning. This is intended as a supplementary dimension that will enhance the talmid’s yeshiva experience so he can generate a greater level of success. Additionally, there will be many chances for talmidim to take charge of tasks, projects, and campaigns that will express their abilities and help them feel a personal connection to the yeshiva.

Neiros L’ha’ir is located in the suburbs of Long Island and is just a drive away from Crown Heights. The spacious grounds include a state-of-the-art dormitory within walking distance of the school building. The bochurim will be encouraged to spend time in the park adjacent to the yeshiva and to enjoy its natural environment.

Neiros L’ha’ir will be accepting 35 students and is currently accepting applications. For more information, e-mail neroslhair@gmail.com.