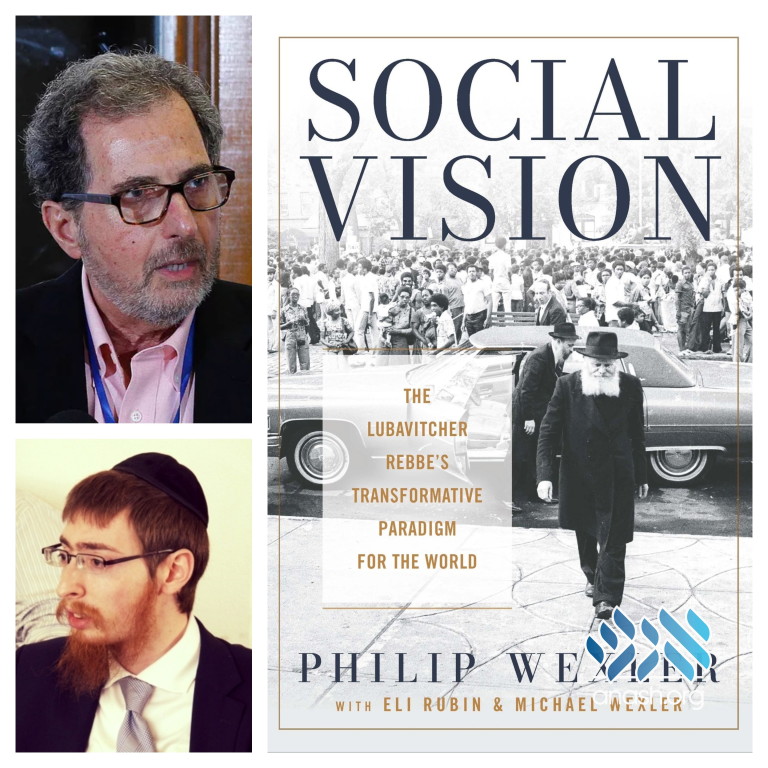 Social Vision, a new book by Professor Philip Wexler, takes an unprecedented look at the transformative impact of the Rebbe’s worldview on politics, culture and society at large.

Social Vision is a breakthrough work by Professor Philip Wexler, an accomplished author, sociologist, and expert on education who has occupied prestigious positions at universities in the United States, Europe and Israel. Scheduled to hit the shelves just before Gimel Tamuz, the book utilizes a worldly lens to portray the Rebbe’s unique insight into the global issues of the time.

It is the first book to ever seriously consider the Rebbe as a social thinker and activist whose ideas had a transformative effect not only on the Jewish people, but on the entire world.

Professor Wexler delves deeply into the Rebbe’s writings and talks in order to break down his social philosophy for the average reader, contrasting it with the prevailing systems of social thought that so strongly influence the world today in areas of policy and culture.

The book includes many specific anecdotes and encounters, and tells the compelling story of how the Rebbe emerged from the Holocaust with a clear vision to go from catastrophe to a Jewish renaissance and renewal.

He explains how the Rebbe is not only a religious figure, but also a great philosopher who boldly articulated a universal vision for a better world. In addition to implementing an ambitious strategy for the revitalization of Jewish life across the globe, the Rebbe took a stand on many of the big educational, economic, political, and social issues that are still at the forefront of public debate.

For the writing of this scholarly work, Professor Wexler joined forces with Rabbi Eli Rubin, an accomplished editor and reasearch writer at Chabad.org, and Professor Michael Wexler, who has published six books and has created projects for multiple television and radio networks.

This is the first book to comprehensively and clearly analyze the Rebbe’s social vision and to highlight its practical impact and potential in perfecting our world. In Social Vision, the Rebbe’s worldview is compellingly framed as a practical path that can help us create a better future for all of humanity.