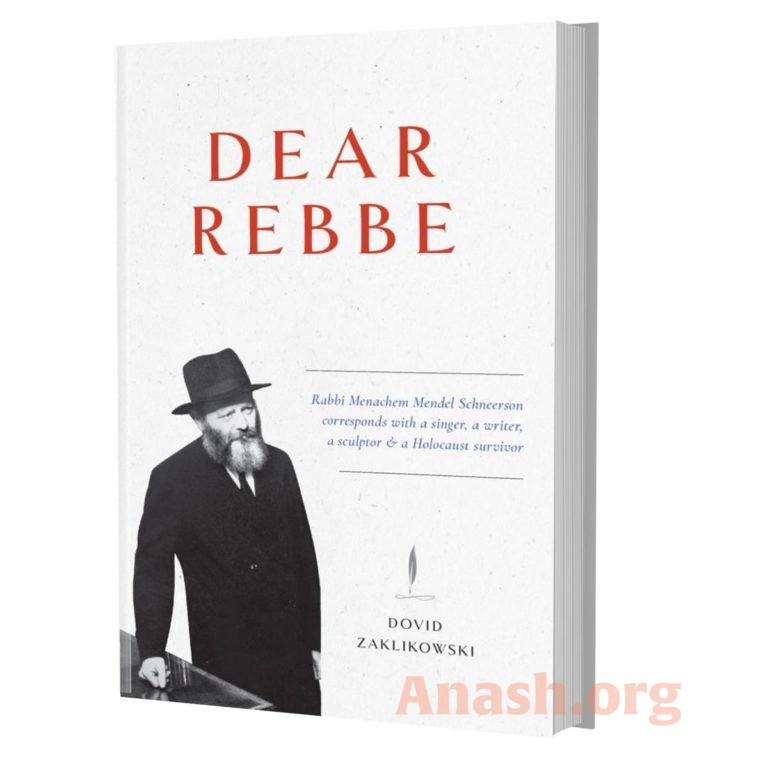 A new book by author and historian Dovid Zaklikowski offers an unseen look at the Rebbe’s relationship with four intriguing individuals. Rabbi Nochem Kaplan reviewed the book for Anash.org.

That the Rebbe profoundly affected the lives of so many is not a secret, how he did so is fascinating. In his highly personal study of four successful individuals, Dear Rebbe, Dovid Zaklikowski brings us, in intimate detail, the personal relationships the Rebbe forged with these outstanding Jews from diverse walks of life. From the Rebbe’s correspondence with them and many anecdotal facts, we learn how and why the Rebbe was able to profoundly impact so many.

The Rebbe’s steadfast message of complete filiality to orthodox, Chassidic Judaism did not vary regardless of the religious observance of those he impacted yet he was able to deeply and profoundly touch them.

There was a profound disagreement between the Rebbe and Jacques Lipchitz regarding his participation in the creation a sculpture garden in Jerusalem. In one of his letters to Lipchitz he wrote “…it is my policy in my relationship with other people to seek out points of agreement rather than of disagreement.” Zaklikowski comments “we don’t know if the Rebbe succeeded in changing Lipchitz’s mind, but their debate itself is noteworthy: two strong-will people could disagree deeply about a question of utmost importance to them both, and yet they retain their mutual respect and admiration”.

Jan Peerce, famed opera tenor, was brought close to his Jewish roots by the Rebbe and his shluchim. A professional singer whose life was spent emotionally moving people, was himself moved by the Rebbe’s spiritual inspiration. It is touching to learn that the Rebbe reached out to him when he was not well and encouraged him not to give up. In fact, his last words were that of the priestly blessing which the Rebbe had asked him to chant from his hospital bed.

The Rebbe always asked successful people to use their influence to draw others closer to Judaism. David Chase, orphaned by the holocaust, could easily have enjoyed his status as a self-made, wealthy business tycoon but he became an agent of many charitable endeavors because of his relationship with the Rebbe.

Chaim Grade, a former Talmudic student who gained fame as Yiddish writer, hated anything which was inauthentic. He refused to meet the Rebbe because he was not convinced of the sincerity of the Chassidic movement. Later, after having spent time with the Rebbe, Grade was so moved as to council the president of Israel, Zalman Shazar to ignore the objections of his diplomatic advisors and best friends and travel to visit the Rebbe in his headquarters.

We learn all this because of Zaklikowski’s painstaking research and gain new insight into the Rebbe’s personal relationships with his many admirers. Kudos to him for his hard work in bringing a side of the Rebbe of which few have .”

Rabbi Kaplan leads Merkos L’Inyonei Chinuch’s central educational agency, is the chairman of the Merkos National Accreditation Board and is vice president of the National Council for Private School Accreditation. He is also the director of the Central Committee of Rabbis of Chabad-Lubavitch of the United States and Canada, a position he has held since 1995.

Available for Purchase at Hasidic Archives