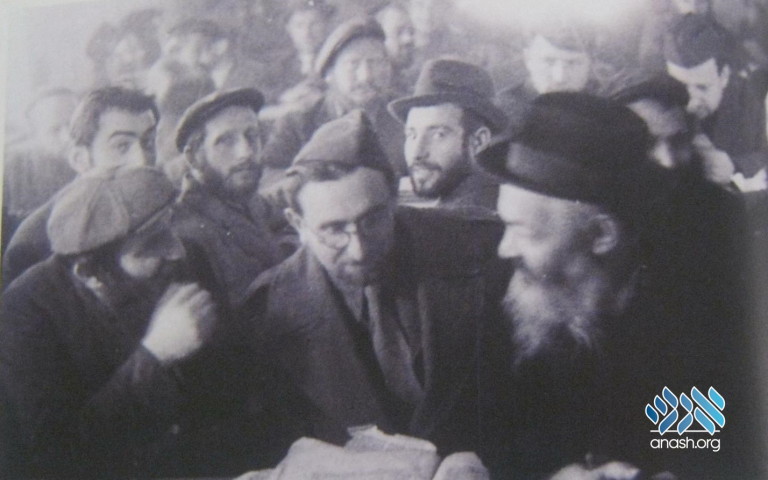 An archive, filled with millions of documents from World War II and its aftermath, was made public Tuesday.

The AP reports that the International Tracing Service in Germany has uploaded more than 13 million documents from Nazi concentration camps, including prisoner cards and death notices, to help Holocaust researchers and others investigate the fate of victims. These documents tell the story of some 2.2 million victims.

The archive was established by the Western Allies towards the end of the Second World War and was at first administered by the Red Cross. On Tuesday it was announced that the name will be changed to “Arolsen Archives – International Center on Nazi Persecution.”

A scion of the Drizin family of Crown Heights naturally did a search for his family name, to see what it would find. He sent his results to Anash.org:

The Reb Avrohom Drizin family wasn’t sent to a concentration camp, they escaped to Tashkent, Uzbekistan, thousands of miles from the killing, where they stayed for the duration of the war. But they did leave the Soviet Union with hundreds of other families in 5706/1946 and stayed in the DP camps. So they’re part of this archive as well.

Who knows what treasures lie in wait for you to find?