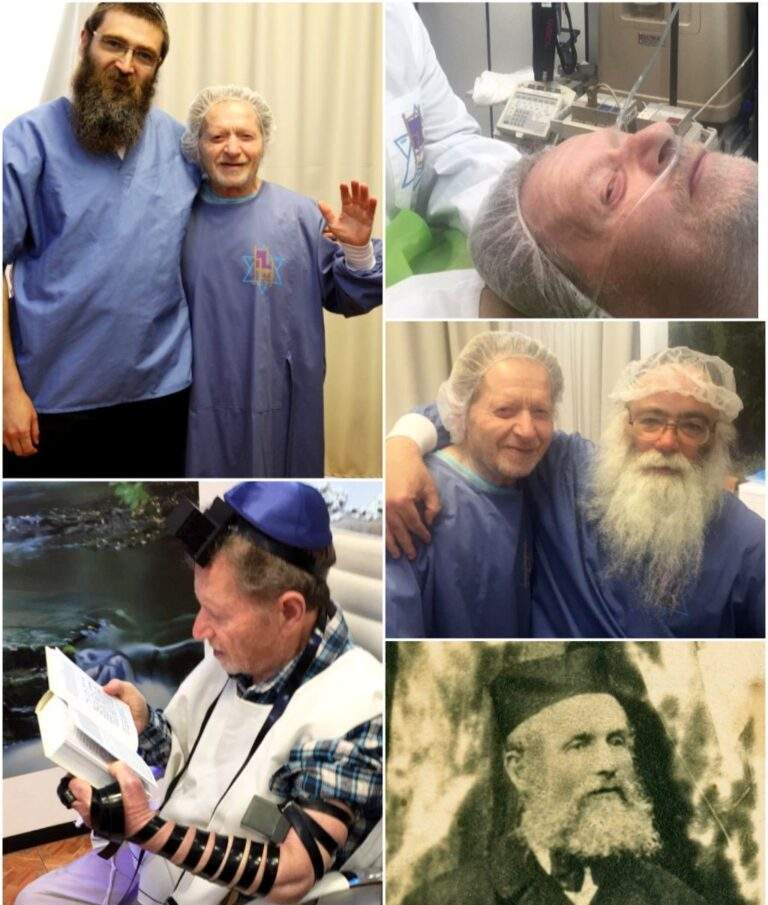 Zalman with the Bris Yosef Yitzchok mohel and sandek, as well as his great grandfather Reb Meir.

When this elderly Russian Jew asked to have a bris, no one imagined who he was.

An elderly gentleman recently turned to the “Bris Yosef Yitzchok” organization in Israel and he wished to undergo a bris. After discussion organizers realized that before stood none other than Zalman Butman, a recent immigrant from Nevel, White Russia, and a descendant of the famed Butman family of Lubavitcher Chassidim.

Zalman shared his lineage with the Bris Yosef Yitzchok staff and told them that his father was Schneur, his grandfather was Chaim, and his great grandfather was Reb Meir, one of the Chassidim of Nevel in the period of the Rebbe Maharash.

A very emotional Zalman told organizers that he made up his mind to have the bris no matter if he was to live for only one hour after the procedure! ‘I want to meet my maker as a man who has a so that I can say to Hashem: Here I am, and see how I kept the covenant that you made with our forefathers!”