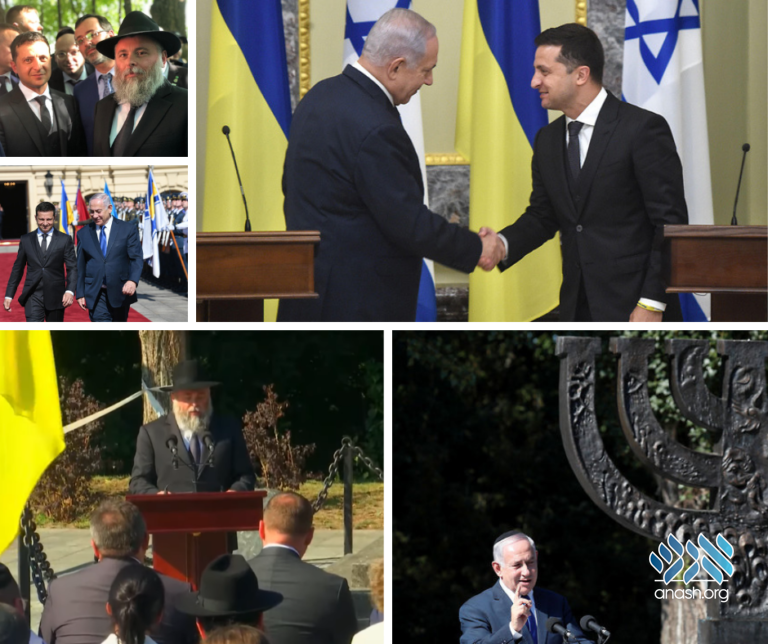 Israeli Prime Minister Benjamin Netanyahu became the first foreign leader to visit Ukraine since it has elected its new president.

The prime minister, who’s on a two day trip to the country, was welcomed by Ukrainian President Volodymyr Zelensky at the Kiev presidential palace. Zelensky, is the first Jewish president of Ukraine.

The two leaders held a series of meetings and later signed bilateral agreements on investment, and expand their cooperation on technology, education, agriculture, culture and sports. Additionally an agreement was reached on visa-free travel between the two countries.

Later, he two leaders also attended a ceremony to commemorate the victims of the Babi Yar massacre. Nearly 34,000 Jews were killed by Nazi troops on September 29-30, 1941 in the largest mass killing carried out by the Nazi regime at an individual location.

Shliach and Chief Rabbi of Kiev Rabbi Yonasan Markovitch led the assembled in saying Tehillim in memory of the victims, and Rabbi Reuven Asman recited the קל מלא רחמים.