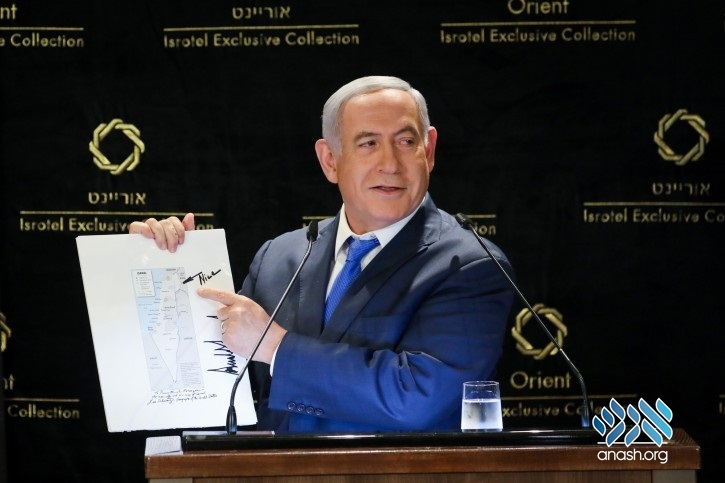 Speaking at a news conference in Yerushalayim on Thursday, Netanyahu addressed a nation rattled by the prospect of an unprecedented second election campaign, after the newly re-elected Netanyahu failed to form a governing coalition.

In a bid to play down the political chaos and focus public attention on his foreign policy prowess – in particular his close friendship with Trump – Netanyahu whipped out Kushner’s map, on which President Trump had scribbled, “Nice.”

The White House upended decades of policy when it recognized Israeli sovereignty over the Golan, which Israel captured from Syria in 1967 and later annexed, a move not internationally recognized.

Trump said he was disappointed that Prime Minister Benjamin Netanyahu – who he called “a great guy” – didn’t succeed in forming a coalition.

Netanyahu sought to play down the setback, referring only to “a little event last night” during brief joint remarks with Kushner. “That’s not going to stop us – we’re going to keep working together,” he said.