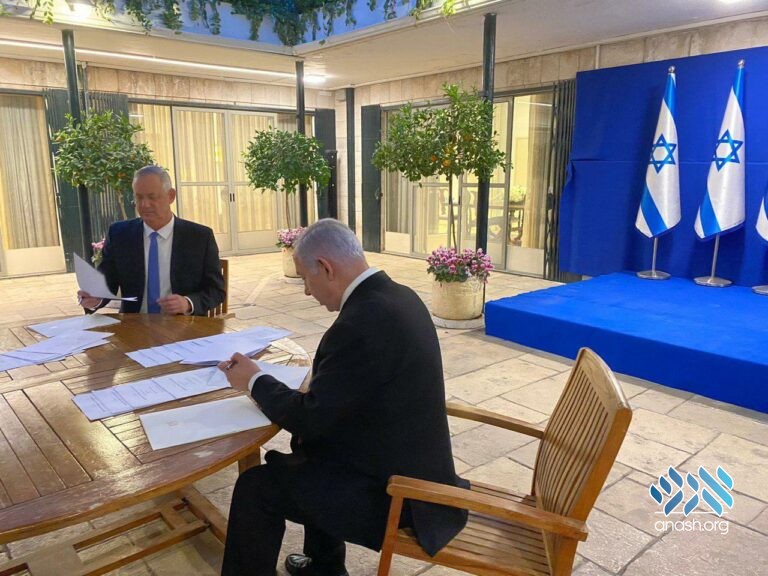 After three elections and 17 months of election campaigns and coalition negotiations, Likud and Blue and White announced Monday evening that Prime Minister Benjamin Netanyahu and Knesset Speaker Benny Gantz have signed a deal for the establishment of a new government.

The signing on the agreement came shortly after Blue and White and Likud issued a joint statement revealing that Gantz and Netanyahu will be meeting at the prime minister’s residence.

Netanyahu and Gantz already met earlier on Monday and after a 90-minute meeting at the prime minister’s residence in Jerusalem, no unity agreement was made.