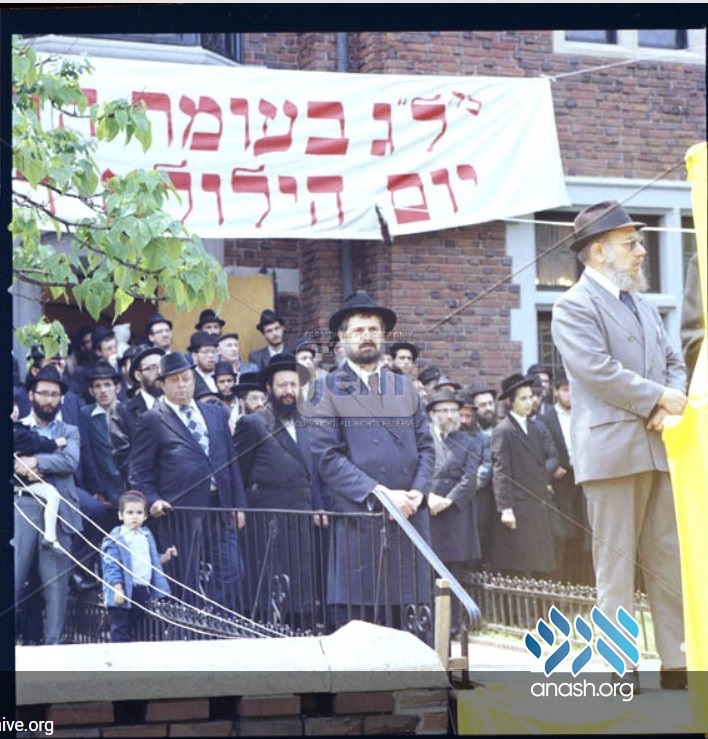 Decades ago, the Naroler Rebbe stood behind the Rebbe at a Lag Baomer parade in front of 770. On Thursday, he once again witnessed a parade- this time, from his porch in Bnei Brak.

Rabbi Berish Shapira, the Naroler Rebbe of Bnei Brak, grew up in Crown Heights where his late father had a shtiebel on Eastern Parkway. He first encountered Lubavitch as a child in Samarkand, where he attended cheder with Lubavitcher children.

After fleeing Samarkand with his father and moving to Crown Heights, he attended Yeshivas Tomchei Temimim. Despite being from a Belzer family, he chazered a maamar at his Bar Mitzvah; Rabbi Avrohom Shemtov is a chaver of his from that time.

In the first picture, taken in 5736/1976, Reb Berish can be seen standing behind the Rebbe’s podium at the parade in front of 770.

In the following pictures, taken this past Thursday, he is seen on his porch, watching the parade march past his home in Bnei Brak. Time and distance are not real factors; tens of years and thousands of miles separate him from that day in Crown Heights, but it’s Lag Baomer and there’s a parade to attend!