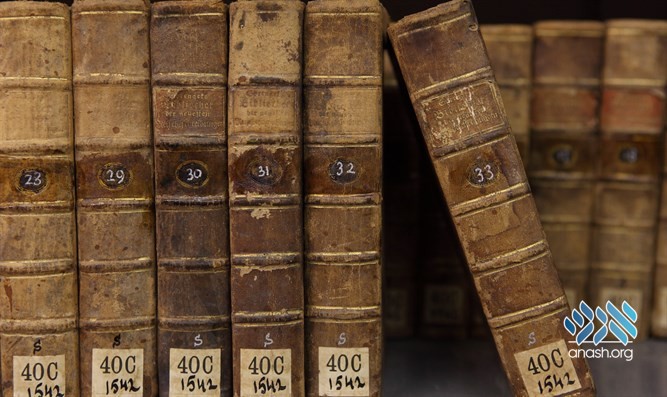 The National Library of Israel (NLI) announced late last week that some 120,000 books from its collection will be going online for the first time, as part of a historic collaboration with Google.

The books include all of the National Library’s collection of out-of-copyright works that have not yet been digitized, the organization said in a statement on Thursday. Almost half of the books are in Hebrew and related Hebrew-letter languages such as Yiddish and Ladino (Judeo-Spanish), with the rest in a variety of languages including Latin, English, Arabic German, and French.

The project is part of the Google Books Library initiative, which includes over 40 million books from more than 70 of the greatest libraries in the United States, Europe, and Japan, as well as from thousands of publishers. It includes books in over 400 languages.

The National Library’s contribution will “significantly increase the percentage of Hebrew texts available through Google Books,” the NLI said in a statement.

As part of the digitization process, the NLI explained, state-of-the-art shipping containers meeting strict climate-control and security requirements will transport the books from the National Library in Yerushalayim to the Google digitization center in Germany. The process is expected to take about two years, with thousands of books sent, scanned and returned to Israel each month.

Some of the books set to be digitized include the 1853 book “The Interpretation of Dreams” in Zhovkva, Ukraine originally published by Rabbi Manasseh ben Israel (1604-1657) in which the significance of dreams from a Jewish perspective is discussed, drawing from the Talmud, the Zohar, and Western philosophy; “The Five Books of Moses: Tzena U’rena, ” a 1785 Yiddish translation and adaptation of the Torah, first written in 1509 and “intended primarily for women who were typically not educated enough to study the original biblical text”; and “Sefer Me’Am Loez,” an 1823 collection of Midrash teachings of the sages on the Bible, written in Ladino.

“Sefer Me’Am Loez” was first published in 1730 with a final edition in 1897. The work enjoyed “huge popularity among Ladino-speaking Jews, and is considered by many to be the crown jewel of Ladino literature,” the NLI said.

Yaron Deutscher, head of Digital Access at the National Library of Israel said in a statement that the organization was “very happy to be working with Google in fulfilling our mission to open access to the treasures of Jewish, Israeli and universal culture for diverse audiences across the globe.

The NLI’s contribution includes “access to all books published in the first 450 years of Hebrew printing,” he said.

Ben Bunnell, head of library partnerships at Google Books said the project was “delighted that the National Library of Israel chose to join us in this endeavor. This partnership brings a rich collection of Hebrew language materials to the corpus and takes us a significant step closer to realizing our mission.”

The Google Books project launched 15 years ago with the aspiration of bringing the entire world’s books online and making them searchable and discoverable to everyone on Earth, Bunnell said.