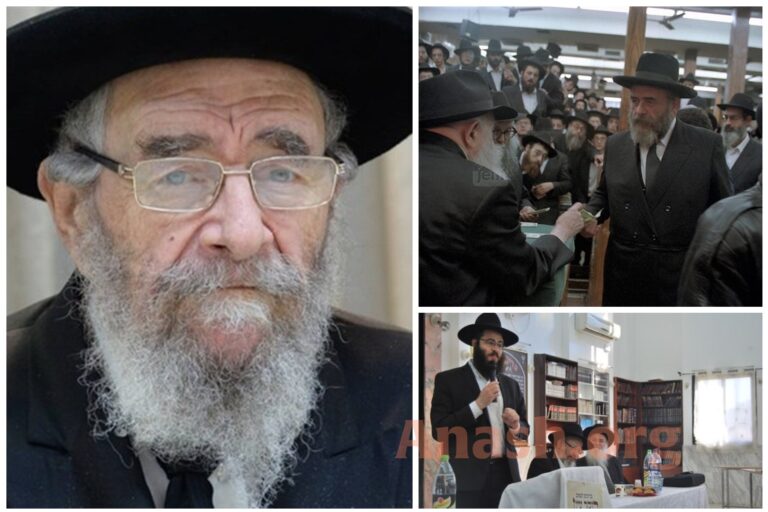 I had the z’chus to spend much time with Harav Moshe Landau, A”H.

I got to know him personally when I did shimush in his Beis Din, for two years. He trained me on the proper and just way to manage dinei Torah and from then on, I maintained a warm connection with him. He was a modern-day rov who had all the markings of the great rabbonim of yesteryear.

This anecdote actually occured before I came to do shimush, but nonetheless, it’s quite telling.

A man informed the authorities (somewhat mistakenly) about something illegal he thought his neighbor was doing, and caused the neighbor to be fined a sum of over $100,000. It pained Harav Landau that one Jew could cause so much pain to another and he scolded the man, “How can you sleep at night knowing that you caused a fellow Yid such harm?”

Harav Landau was diligent about never hearing one side of a case when the other side wasn’t present. If he had already heard one side, he would recuse himself from the case. For example, one case came before him and his Beis Din in which one of the parties was a large company that received his hechsher. The rov recused himself from the case despite both sides requesting that he be the dayan.

In a similar vein, there was once a businessman that cheated Harav Landau’s Vaad Hashmitah. Years later, he asked Harav Landau to judge a din Torah for him. The rov refused to hear the case, telling him that he can’t, for fear of the incident that occurred years earlier causing him to judge that man unfavorably.

Many of the dinei Torah of prominent Litvishe yeshivos were brought to the Beis Din of Harav Landau, though there are many respectable Litvishe Batei Din in Bnei Brak to choose from. Everyone knew that they would receive a fair and honest din Torah.

Harav Landau was very knowledgeable in health-related issues. He used this knowledge not only to answer related shailos but also to provide the sho’el with assistance. A certain couple once came to a din torah on behalf of their daughter. She had walked outside on a windy day and a brick fell from a porch and broke her arm. They wanted the judges to rule if she deserved compensation on top of what insurance had covered for the injury.

Harav Landau felt the pain of the Chassidishe girl, who had not been able to move her arm for two years, and recommended that the family seek the advice of a particular specialist in the north of Israel. The doctor determined that a significant nerve in the arm had not been severed, as had been previously diagnosed, and recommended a course of therapy which led to the girl to regaining the use of her arm. It was a special moment in the Beis Din, when the father of the girl returned to thank Harav Landau for giving the advice that saved her arm.

I sought the advice of Harav Landau with regard to a case of a giyur shelo k’halacha. The rov was adamant that I should take active measures to ensure that the person involved not be documented as a Yid.

When someone would relay a piece of information to Harav Landa, he would not accept it at face value, but would pick up the phone and verify the details from the individual involved to ensure clarity.

A case once came before his Beis Din of a couple who had gotten engaged at the Kosel. The woman was given a ring by the man, a native of Los Angeles, and they wanted to know if it was a sofeik kiddushin or not. Harav Landau asked me to get in touch with rabbonim in Los Angeles to verify the groom’s credentials. I remember clearly that Harav Landau was not content with any half-measures taken. He called the rov numerous times and insisted that the rov visit the hometown of the man to verify first-hand the details needed for the case.

He was a rov of mesorah (tradition). He would stress that halacha and minhag did not begin in recent times, and we must always look back to see how halacha was rules in previous generations. He would tell stories of rabbonim from previous generations, including many intriguing cases that came before his father.

Approximately ten years ago, there were certain rabbonim who wanted to forbid the consumption of certain fish (herring and others) due to worms (anikasus) that grow in them. Harav Landau vehemently insisted that the fish and its worms were kosher according to halacha, due to the mesorah that these fish are kosher. He then went on to prove it halachically and scientifically.

Similarly, when a group recently wanted to introduce a new type of chicken (barkoli), asserting that the chickens that had been eaten until then were not kosher, Harav Landau rejected the notion. In fact, he said, standard chickens have a mesorah, while the new ones being introduced lack a mesorah of their own.

The rov had many incredible characteristics, but one of the greatest hallmarks of Harav Landau that I observed was his honesty, integrity and pursuit for the truth. Lying was an attribute that he absolutely despised. The walls of the beis din would tremble if he caught someone lying to him.

Harav Landau was strongly mekushar to the Rebbe and active in all the Rebbe’s inyonim even when they weren’t popular in the city he lived. He fought for shleimus ha’aretz, repeating the Rebbe’s cry that it’s a matter of pikuach nefesh.

Answering What Was Asked

Harav Landau would answer every shailoh with a l’chatchilah psak. Only once it was clear that this was a situation of b’dieved would he pasken as such.

An example of this was when he told me that he is makpid that a frum Yid turn on the fires for cooking to make the food bishul Yisroel. I asked him, if someone who is not shomer Shabbos already lit the fire, how should I pasken? He replied that when that actually happened, he’d tell me then. He wouldn’t commit then to a bdieved psak.

Throughout the precious time that I spent with Harav Landau, there were many interesting dinim that he conveyed to me.

Interestingly, one of the last halachos that I heard from Harav Landau was regarding a person who passes away on Shabbos during bein hashmashos. He told me that the day of death is considered to be Shabbos as the neshamos only return to Gan Eden after the saying of Vihi Noam. This became all the more poignant when he himself passed away on Motzaei Shabbos.

May his neshama have an aliya and advocate for us down here.