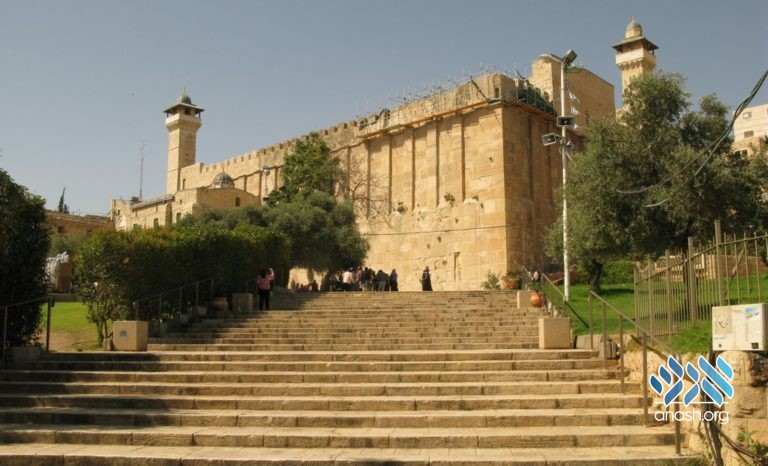 Due to the Muslim holiday of Eid al Adha, the Ma’aras HaMachpela will be closed to Jews on Tisha B’av this year. Eid al Adha is a four day Muslim holiday that begins this year on Sunday, August 11th, the date when Tisha B’Av will be commemorated by Jews around the world as the mourning is being pushed off until after Shabbos.

In spite of the closure, the Jewish leadership of the site is asking Jews who were planning to attend to still come and pray at the site. The religious council of Hebron and the management of the site are planning to set up temporary stations for prayer near the building for Jews to come and worship in order that the age-old custom of praying at the site on Tisha B’Av should not be broken.

As the day is expected to be quite hot, the management is establishing shelters and shaded areas for those who plan to attend. A small meal and beverages will be provided to those present at the end of the fast.

In a typical year, in spite of the heat of the day, thousands traditionally arrive at the holy site to sit in prayer and study.

Each year, on Tisha Ba’v afternoon a Jewish procession visits the grave of Osniel Ben K’Naz a pilgrimage that is only possible a few times a year when the site is accessible to Jews.

After Tisha B’av the Ma’arah will be reopened to Jews starting at 4:00 a.m. and continuing on from there during regularly scheduled hours.

Eid Al Adha begins on the 11th and continues until August 15th this year.