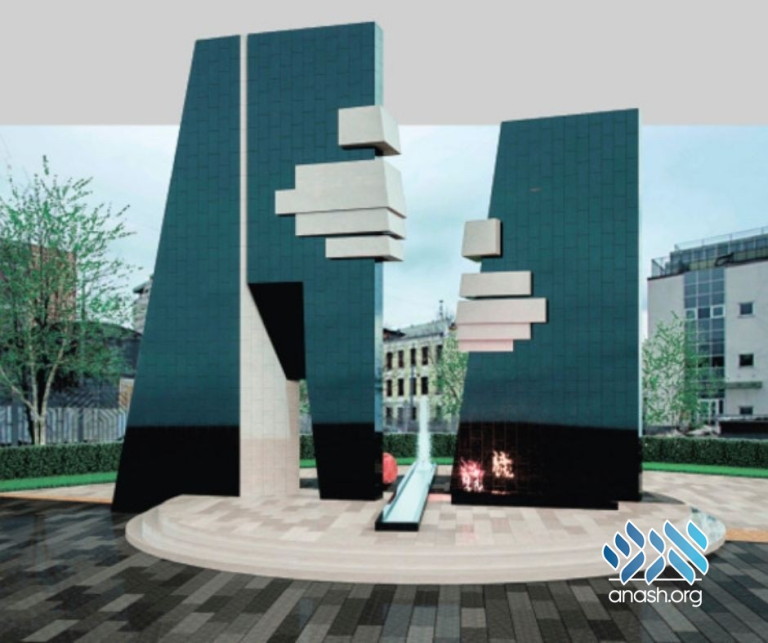 The monument is located in the Jewish Museum and Tolerance Center in Moscow. The construction began in January 2018 with the laying of the foundation stone on International Holocaust Victims’ Remembrance Day. Russian President Vladimir Putin and Israeli Prime Minister Benjamin Netanyahu participated in that ceremony.

The monument, composed of black and white marble, depicts a door’s shutters being pulled open by two hands. Also incorporated into the monument are five glass flasks with candles, and an interactive screen which relays information on the uprisings whose heroes are being honored.

The project was sponsored by Chairman of the Museum’s Trustee Board Viktor Vekselberg. The monument’s unveiling held great personal significance for him; sixteen members of his family were among the estimated 10,000 Jews held in the ghetto of Drohobych,

“The monument we’re opening today is an important symbol of an unforgettable and painful wound,” Mr. Vekselberg said. “It is a symbol of the fact that we must do everything to prevent the slightest hint of a possible repeat.”