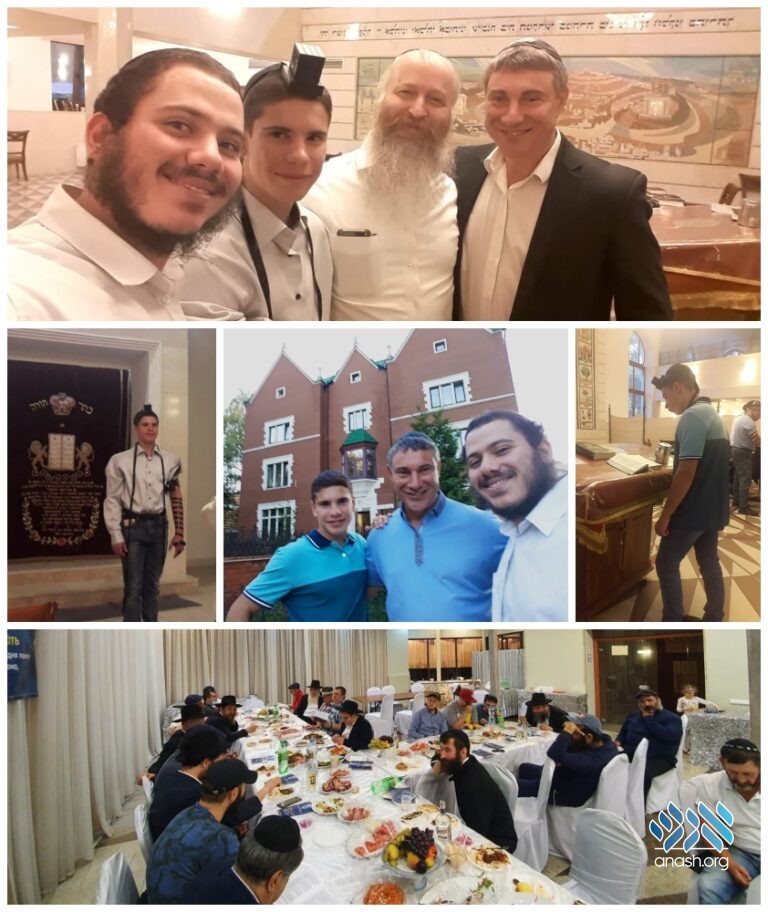 Moscow marked Chof Av with a special, in-person farbrengen, following the Bar Mitzvah of a young boy on a spiritual journey, together with his father.

A special farbrengen in honor of Chov Av was held in Moscow’s Bolshoya Bronnaya Shul, under the auspices of shliach Rabbi Yitzchak Kogan, and joining thousands around the world who are taking part in personal and virtual gatherings.

The event followed a momentous occasion for a young Russian boy who celebrated his Bar Mitzvah yesterday at the ‘770’ shul in the Moscow region’s Ramenskoye area. Both the Bar Mitzvah boy and his father are coming closer to Yiddishkeit and studying daily, with plans in the pipeline for a double bris.