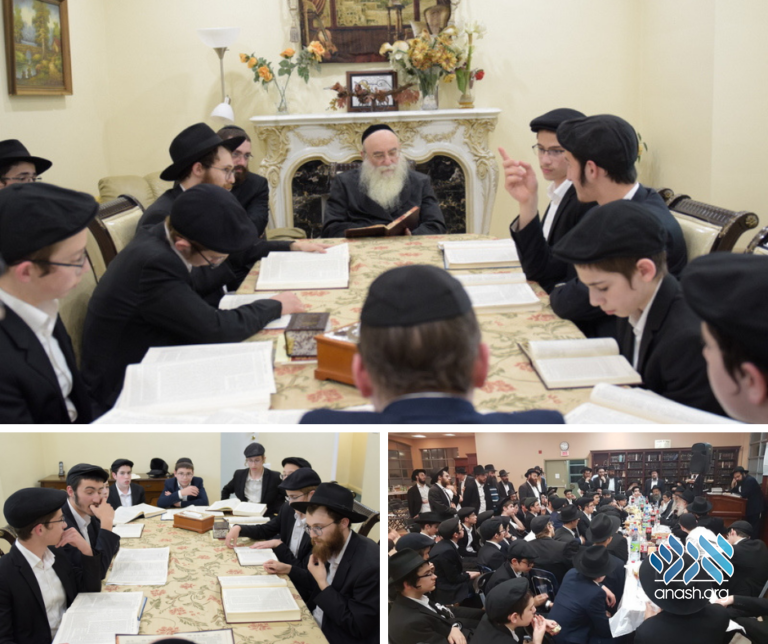 “It is clearly evident that the Lubavitcher Rebbe accompanies the children of his Shluchim in every step of the way.” These words were said by Harav Yonasan Binyamim Weiss, Av Beis Din of Montreal, after he tested the students of Moscow’s Yeshiva Ktana who spent the summer months in Montreal, Canada

The students of Moscow’s yeshiva ktana spent the summer months in Montreal, Canada, as part of their yeshivas kayitz program. In a peaceful and quiet environment they continued to delve into their studies. Their dedicated staff accompanied them, guiding and supporting their progress. Friday afternoons saw the students actively working with Montreal’s Jewish Russian immigrants, in coordination with the local Shluchim. The best Rabbis and Mashpiim were brought in from the U.S. and Canada to farbreng with the boys on various occasions.

Together with students were their Rosh Yeshiva, Rabbi Moshe Lerman, and their Mashpia, Rabbi Sholom Ber Sheingarten, who graciously accepted the offer of the Yeshiva’s founder to spend the summer months in Montreal. Chief Rabbi of Russia Rabbi Berel Lazar recommended that the boys have a change of environment from Moscow’s yeshiva and travel abroad to assist Shluchim in their work with local Jews.

The boys made a very positive impression with their refined behavior and when they participated in Montreal’s central Siyum haRambam. One of the students made a siyum on Maseches Bava Kama, and another student made a siyum Rambam on the learning cycle of three chapters a day, which the students study daily during their breaks.

This week the students came to be tested by Montreal’s Av Beis Din, HaGaon Harav Yonasan Binyamin Weiss shlit”a. He examined them at length on Maseches Psachim with Rashi’s commentary, which they had studiously mastered during the past year with the Shliach Rabbi Elchanan Teichtel. He also tested them on sefer HaTanya by heart.

Rabbi Weiss was very emotional and praised the boys warmly, saying he had never seen such young boys exhibit such a breadth of knowledge. “I examined and cross-examined the students on Maseches Psachim, and there was not a single topic or sugya that they didn’t know how to expound on. I had an hour of tremendous nachas. And not only in Gemara, but also in Chassidus. I opened the holy Tanya, randomly read a line out loud, and the boys were able to continue by heart from where I left off. This occurred a few times.

“Who could have dreamed that over there in Russia, where Yiddishkeit and Torah were uprooted and wiped out during seventy years of communism, davka there will grow such sweet Chassidishe boys, with such breadth of knowledge in Torah! There is no doubt that the great mesirus nefesh of those Chasidim who continued to spread Torah and Yiddishkeit despite all odds, is what stood them in good stead today.”

Harav Weiss continued: “After seeing the boys with such pure Chassidishe behavior, I can say for sure that it is clearly evident that the Lubavitcher Rebbe accompanies the children of his Shluchim every step of the way, and it is in the merit of his promise and blessings that the boys achieved such wonderful heights”.

“It is also evident that the entire staff of Ra”mim and Mashpiim, at the head of which stands the Chief Rabbi of Russia Rabbi Berel Lazar, go to great lengths investing their heart and soul into the students. May they have much Chassidishe nachas from them,” concluded Montreal’s Av Beis Din.

Upon conclusion of the Yeshivas Kayitz program, the boys will continue on as counselors in one of Moscow’s many branches of Camp Gan Israel bringing Yiddishkeit to hundreds of Jewish children. Some will be part of the “Mitzva Tank” expedition which goes out each summer to visit remote cities throughout Russia and Ukraine, bringing the light of Yiddishkeit to Jews wherever they may be.