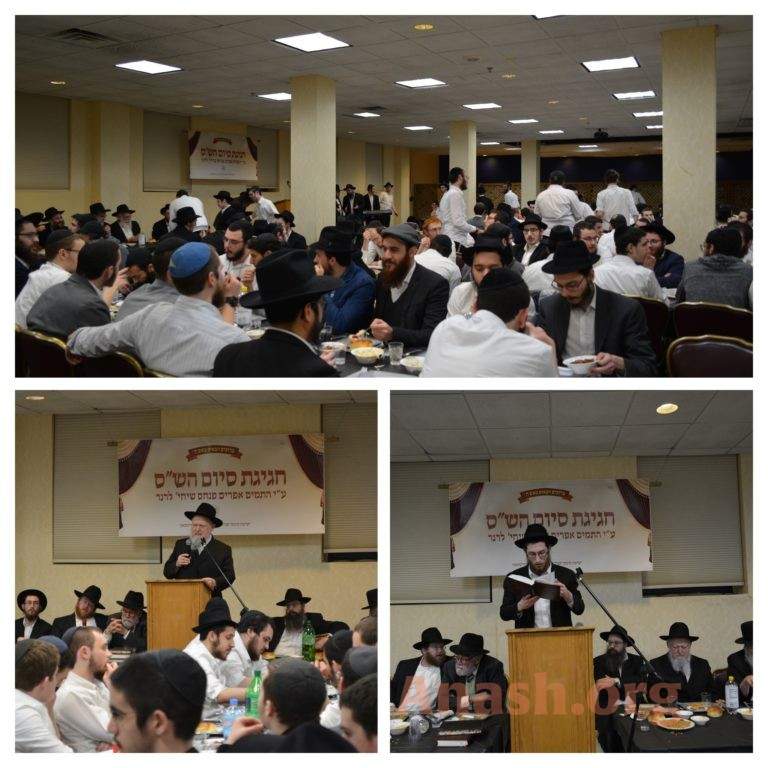 After many years of studying, a bochur in Morristown yeshiva has completed the entire Shas.

After many years of diligent studying, Ephraim Lerner, a at Morristown’s Yeshivas Tomchei Temimim, completed the study of the entire at a grand celebration on Monday, Adar 25, with 300 family, friends, classmates, and yeshivah staff in attendance. The significance of the date, marking the 118th birthday of Rebbetzin Chaya Mushka and a few weeks before the Rebbe’s birthday, lent an added spirit to the occasion.

Speakers at the siyum included Rabbi Chaim Schapiro, the menahel of the yeshivah, and Rabbi Moshe Herson, head shliach of New Jersey. Both spoke of a letter the Rebbe once wrote about celebrating such an accomplishment with joy. That joy was evident when the students broke out in spontaneous dancing after Ephraim repeated a hadran of the Rebbe.

Ephraim’s grandfather, Reb Chaim Lerner, who flew in from Las Vegas to attend the event, presented Rabbi Herson with a dollar he had received from the Rebbe. Lerner related that when Ephraim’s father, Reb Leib Lerner, was studying at the same yeshivah in Morristown, with a blessing for continued success in his studies. The concluded with a meaningful farbrengen with Ephraim’s uncle, Rabbi Eli Cohen, a in Toronto, which lasted late into the night.