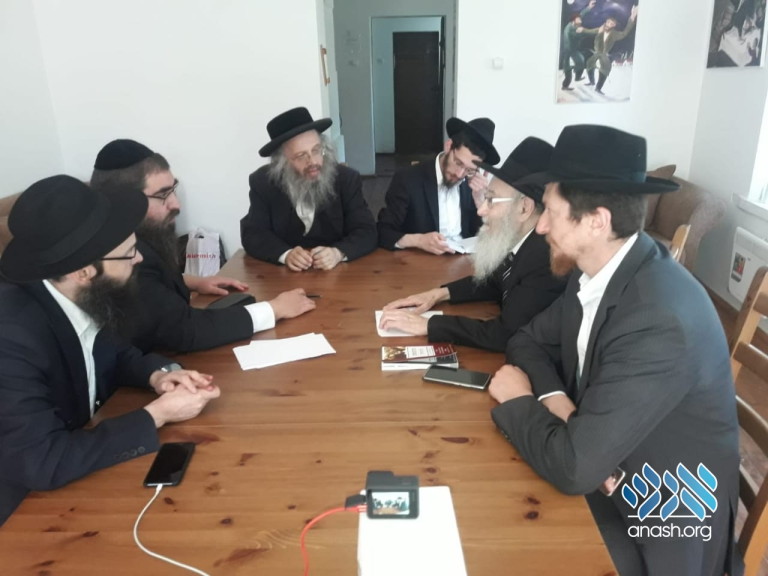 This week, a delegation arrived in Lubavitch to inspect the Chabad cemetary, hoping to uncover clues into its history. Included in this group was Reb Dovid Abba Gurevitch, who uncovered the resting places of the Tzemach Tzedek and the Rebbe Maharash in 5728/1968, during the Communist reign. The Rebbe instructed him to build a fence around the cemetery, which had been destroyed by the Nazis.

He was joined by activist Rabbi Yisroel Meir Gabai, head of the Oholei Tzadikim, an organization that has restored hundreds of kevorim of tzadikim all over Europe. Also joining them was shliach Rabbi Levi Mondshein of nearby Smolensk, Rabbi Yitzchok Gelbshtein of the Yerushalayim Chevra Kadisha, and historian Rabbi Sholom Ber Kubitshek.

For two days, the delegation toured the cemetery and will bring their findings and questions to the Beis Din Rabbonei Chabad in Eretz Yisroel, as per the Rebbe’s instructions.

The project is being managed by shliach Rabbi Gavriel Gordon and funded by philanthropist Yossi Popack and the “Geder Avos” organization, under the leadership of Moshe Rubin. Special thanks to Reb Mendel Levin on his hishtadlus in this matter.