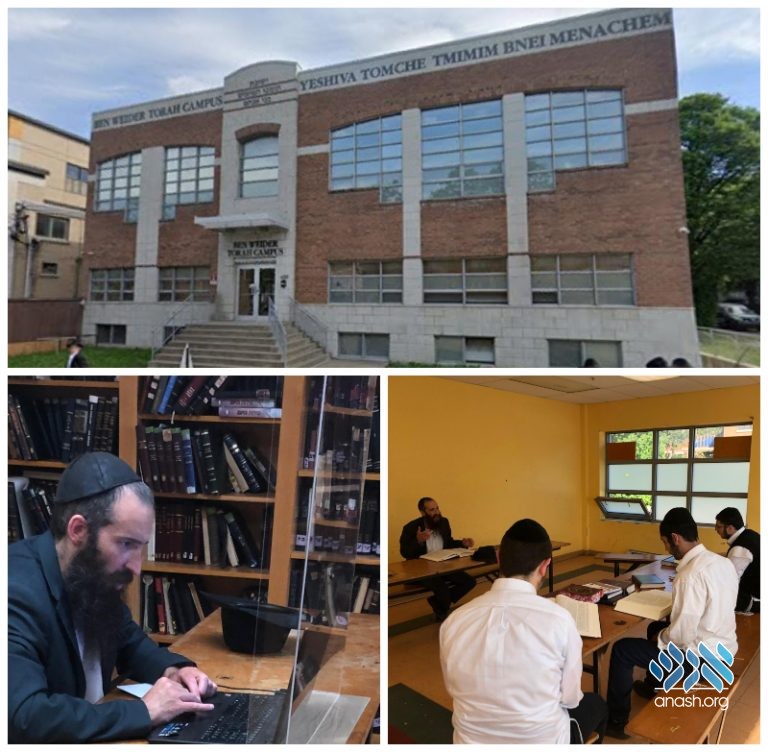 Bochurim were divided into small groups and shiurim were given from behind plastic panels as the Montreal yeshiva became the first Chabad Yeshiva outside of Eretz Yisroel to reopen.

After nearly three months months of distance learning and school closures due to COVID-19, the Montreal yeshiva was the first Chabad yeshiva outside of Eretz Yisroel to reopen this past week.

The yeshiva, formally known as the Rabbinical College of Quebec, shut down shortly after Purim as schools around North America shut their doors. It was the first time in over seven decades that the yeshiva stood empty during the yeshiva year.

Nonetheless, nothing could truly compensate for an in-person yeshiva experience, and bochurim eagerly awaited the day yeshiva would resume in its usual format.

Recently, the Education Minister of Quebec gave the approval for certain schools to reopen, as long as they meet certain criteria. With the yeshiva falling into that category, they made arrangements to open, and were finally able to welcome the bochurim back this past week.

Yeshiva staff told Anash.org that all health regulation were being strictly kept to.

“Bochurim are divided up into small groups, in order to maintain social distancing. Each group learn in a separate room with their maggid shiur,” they said.

In addition, all shiurim are being given from behind thick plastic panels, to protect the maggidei shiurim and the bochurim. Shiurim continued online as well, for bochurim from out of the country who are unable to return.

“The bochurim are thrilled to be back in yeshiva,” a staff member told Anash.org. “They have been looking forward to returning, and are finally able to learn and farbreng together with their friends.”