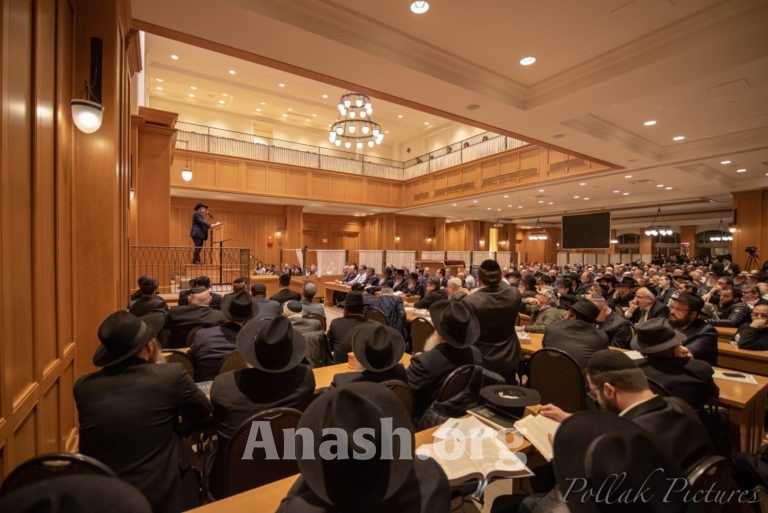 Hundreds of men and women , from across the spectrum of the Jewish community, packed the large shul tonight, Monday, at Montreal Torah Center, under the direction of shliach Rabbi Moshe New, to join an evening of Solidarity with Chabad of Poway, California in the aftermath of the Shabbos attack.

Shliach Rabbi Berl Mockin was called upon to recite tehillim with the assembled. Rabbi Moshe New spoke passionately about the need for Jews to unite at this time and strengthen our commitment to Torah and Mitzvos. The assembled heard from Rabbi Yonoson Weiss as well. A video presentation of Rabbi Yisroel Goldstein speaking from his hospital bed was also shown to the crowd.