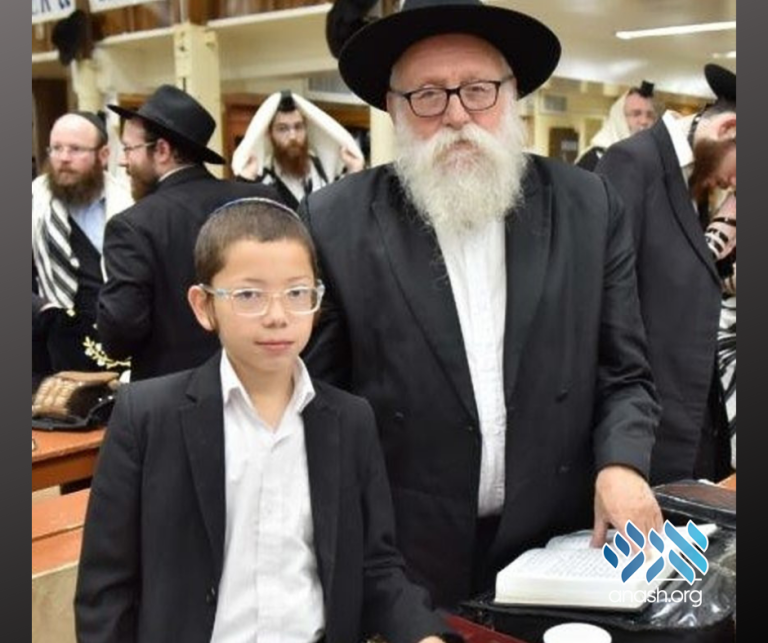 Journalist Udi ben David reported Monday about a Jew who got
shliach Gaby Holzberg HYD’s personal tefillin about half an hour before the terrorist attack that killed him and his wife and four other in 5769/2008. Now he’ll pass them on to their son Moishy, who will celebrate his Bar Mitzvah in about 8 months, IYH.

“A yid walks into a Beis Chabad somewhere in the world. He starting building a connection to the local shliach, who was being mekarev him. After a while, he decided that he wants to take upon himself to put on tefillin every day. So he decided to bring his own tefillin to the shliach to be checked.”

“After bringing in his tefillin to be checked he’s told that his tefillin aren’t kosher. The yid thinks to himself: How will I put on tefillin now until I get them fixed or buy new ones? The shliach – The Rebbe’s shliach – I didn’t know him personally, but people who did know him said that he and his wife had great mesiras nefesh for any yid who walked through their door – The shliach gave him his own tefillin. It was supposed to be temporarily.”

The second half of the story is what makes it come full circle. Udi continues:

“Yesterday I get a phone call from a relative of mine. After all, every family has a Chabadnik somewhere. My cousin and her husband are tzaddikim, they love Hashem with all their heart and soul. They’re sitting at a memorial (azkarah) for her father when our friend who got the shliach’s tefillin speaks up. He tells the people there about what happened to him some ten years ago. I’m not even sure how the story came up, said my cousin, but when I heard it I was overwhelmed with emotion. “

This yid met Rabbi Gabi Holtzberg HYD half an hour before the terrorists stormed the Chabad House in Mumbai. His life was spared, but Gaby and Rivky Holtzberg and 4 others were killed, r”l. Of course, he never saw Gaby again, but he did still have his tefillin. As soon as I heard that all that was left was to make a quick phone call and the connection was made between that yid and the Holtzberg/Rosenberg family.

Of course, he was happy to give the precious tefillin to the family, who now will pass it on to Moishy, who will begin wearing them soon in preparation for his Bar Mitzvah, which is to take place in 8 months, IYH.