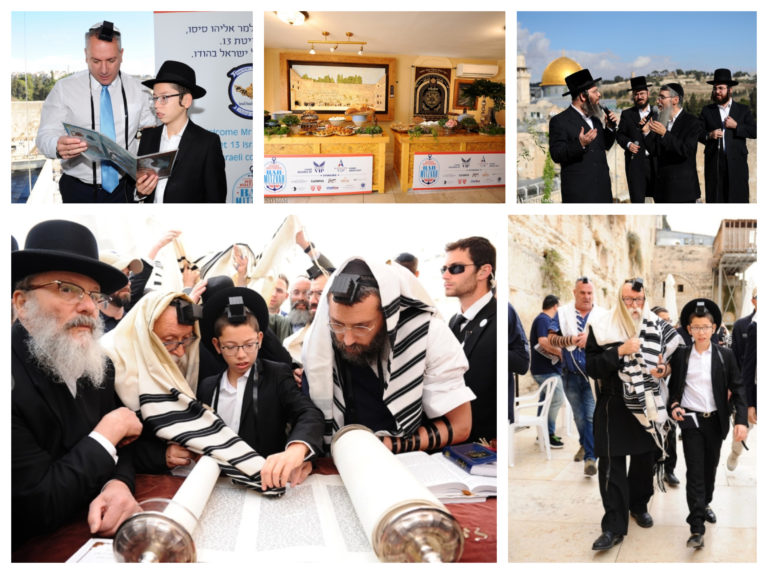 Monday morning Moishy Holtzberg was called up to the Torah for the first time at the Kosel.

Early this morning, flanked by his grandparents, his former nanny Sandra, a team of musicians, Avraham Fried and Neshama Choir, Moishy Holtzberg walked through the streets of Yerushalayim on the way to the Kosel.

Arriving at the Kosel, Moishy davened and received his Bar Mitzvah aliyah. Seeing the celebration, many onlookers, including Rabbi Shmuel Rabanowitch, Rabbi of the Kosel, came by to wish him mazal tov.

After davening, the group continued to a special Bar Mitzvah breakfast where they enjoyed a musical performance. At the breakfast Moishy put tefillin on former Israeli consulate in India Eliyahu Sissa who is also a graduate of Shayetet 13 – the Israeli equivalent of the US Navy SEALS.

The event was arranged by Mati Goldstein of the מתי פרו company. It was made possible by Isaac Leider, owner of the ‘OF THE CENTURY’ company, who sponsored and organized the many events celebrating Moishy’s Bar Mitzvah.