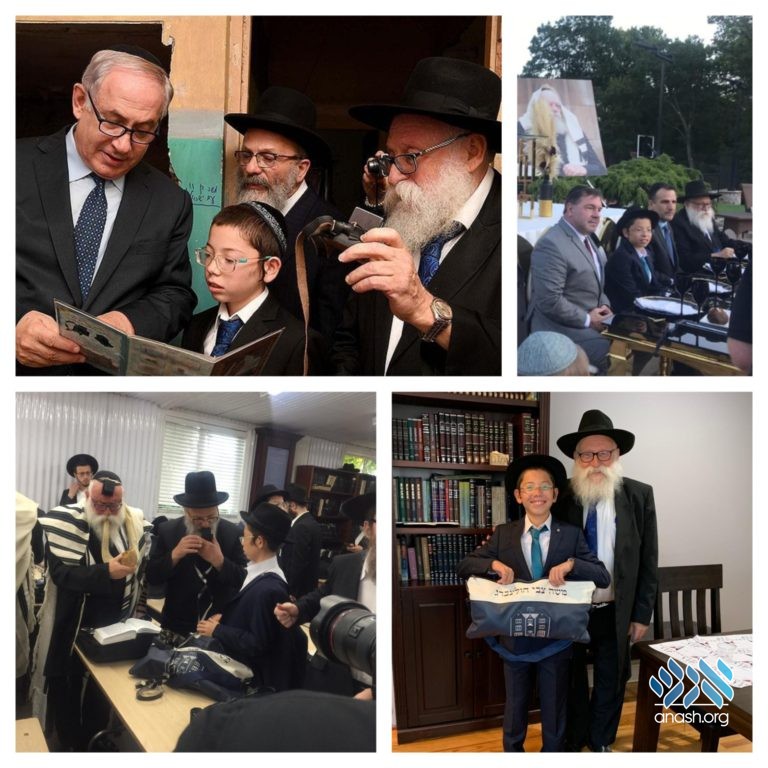 On Tuesday, Moishy Holtzberg, the son of Rabbi Gabi and Rivky Holtzberg HY”D, celebrated his hanachas tefillin at the Ohel. Emotions ran strong as the nearly-13-year-old laid tefillin for the very first time, surrounded by family and friends.

An additional celebration was held in Stony Point, NY, where Moishy arrived by helicopter, accompanied by his grandparents and famous Jewish singers, including Benny Friedman and Eli Marcus.

The Holtzbergs, shluchim to Mumbai, India, died al kiddush Hashem in the 2008 terrorist attacks that killed 164 people and wounded hundreds more. Their young son Moishy was whisked to safety by his nanny, Sandra Samuel, a native of India who was granted Israeli citizenship in 2010 and currently lives in Yerushalayim.

Eleven years later, Moishy is now on the verge of manhood. 28- koach- years after his father laid tefillin for the first time, he is celebrating his own hanachas tefillin.

Today, Moishy uses his father’s tefillin to fulfill that vow, giving those who do not ordinarily don tefillin a chance to utilize this special pair.