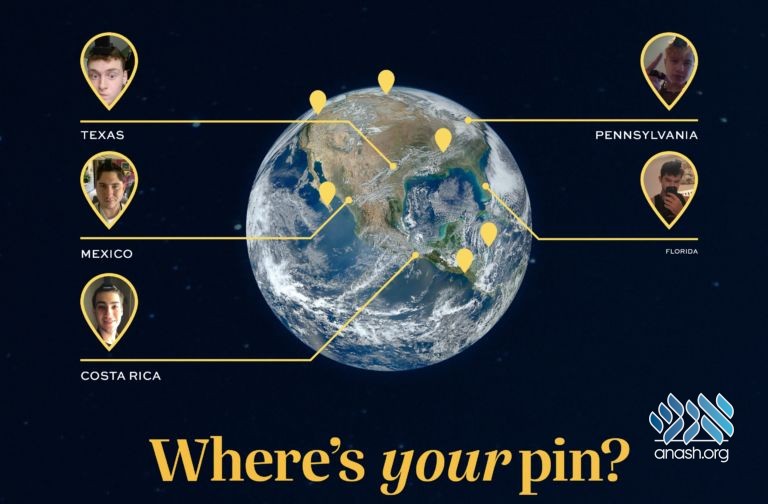 The Virtual Tefillin App has been encouraging hundreds of Jews to take upon themselves the Mitzvah of Tefillin. In honor of Gimmel Tammuz, they are taking their platform a step further.

Gimmel Tammuz is here. It’s a day for us to reevaluate where we are in our Avoda, our Hiskashrus, and to take steps to light up the darkness around us. A day to realign our actions with the Rebbe’s vision.

One of the greatest hallmarks of the Rebbes ongoing legacy is the famous Tefillin campaign. Once a ridiculed notion, has now become synonymous with Jewish outreach. Since its launch in 1967, an unimaginable number of lives have been transformed by the simple Mitzvah of Tefillin. However, with the turnover the world has seen in the recent months this campaign which at last has become so normal seems far out of reach.

The Rebbe would always encourage us to find the opportunity in a challenge and the solution to a problem. Therefore, rather than being deterred by corona virus, we must determine its narrative.

Since 2017, Virtual Tefillin (once known simply as Telfie group) has been a technology based outreach program which has virtually encouraged hundreds of Jews to take upon themselves the Mitzvah of Tefillin. The way they’ve been operating has been through its activists— a tight knit group of people motivated to connect with and encourage Jews from around the world to get closer to their roots.

Seeing their tremendous success, they’ve decided to add a new initiative to their platform. Pin your location.

All Tefillins wrapped and sent to them will be pinned to the map and documented. To further the vision they’ve decided to share their platform as an opportunity to encourage all to become activists.

Becoming an activist is simple.

1. Call, Text, DM etc. a friend (If face to face isn’t possible) who needs encouragement to put on Tefillin.

2. Have them share a picture of that moment with you.

When each person contributes towards one goal, the outcome is exponential. Take part in fulfilling the Rebbe’s vision of reaching every Jew.