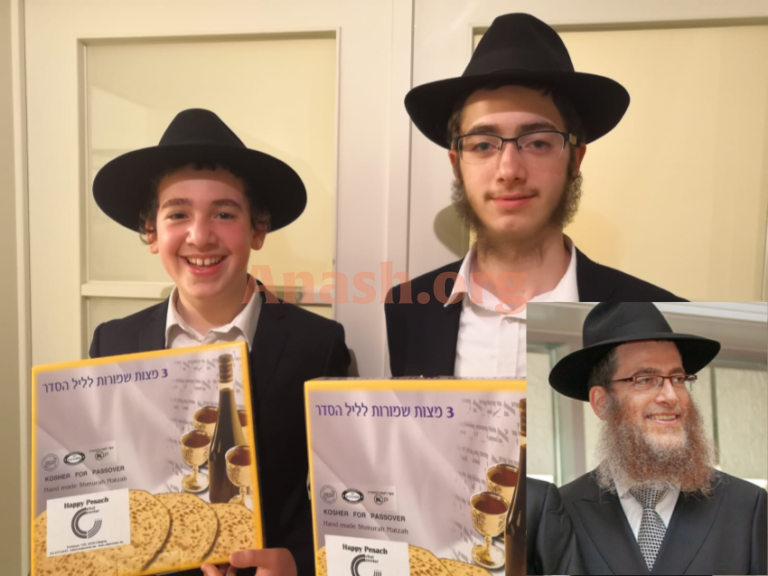 Shliach Rabbi Menachem Hertz of Edegem, Belgium told Anash.org how his efforts to reach every Jew before Pesach literally saved the life of an elderly woman:

My children went to give out matzos in the area of our shlichus. I have a list of Jewish people living there and I have a driver who takes my boys around. One of the first houses they visited was a street in Wilrijk. My son Yossi knocked on the door – there was no bell to ring, and there was a small mezuzah on the door, but nobody answered. So he knocked again. When he hears some noise behind the door, he announced, “We’re from the Chai Center and we’re here to bring you matzos for Pesach.” He then heard a faint voice call out “Call the ambulance!”

Yossi called me immediately and tells me what happened, but he thought it might be a prank. I immediately checked the address and I realized that it’s an elderly woman who lives alone, and I told him to call the ambulance, and I jumped in the car to come see what I can do to help. When he called emergency, the ambulance dispatcher asked him if he can get in to the house, and when Yossi said they could not, they sent the fire department as well. When the rescuers arrive they found the woman laying on the floor, conscious but disoriented and unable to move. She nonetheless recognized us. The rescuers took her to the hospital.

What had happened was that she had fallen five hours earlier and broken her hip. She was in terrible pain. But she could not reach the phone to call for help. Because we came to give her matzos we found her and were able to get her the help she needed. The next day she underwent an operation and is recovering nicely.

The woman told us that the next person scheduled to come to the house was a cleaner the next morning. Which means she would have been helpless for at least another 12 hours! And to make matters worse the cleaner doesn’t hear well, and it’s likely she’d have left the house if she wouldn’t have heard the woman’s cry for help. Ultimately, because of our matzoh delivery we were able to save her life.