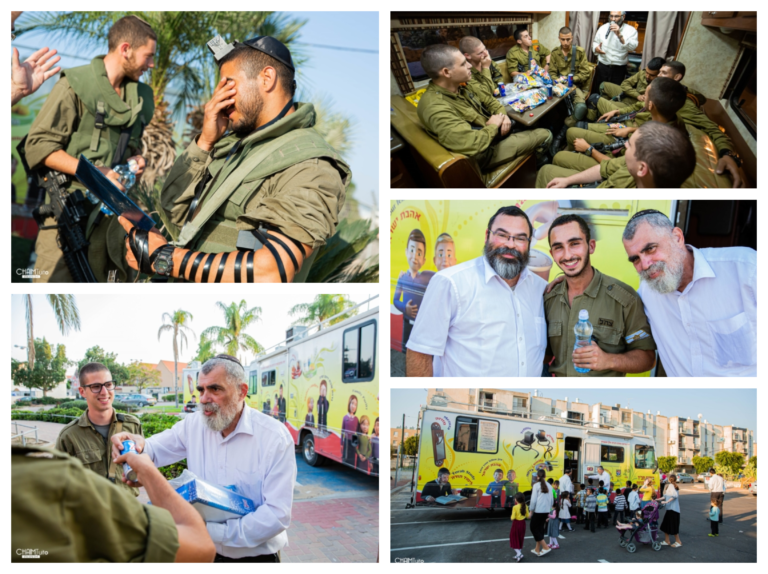 As the situation on the southern border of Israel continues to deteriorate, Mitzvah Tanks are on the scene to encourage soldiers and civilians.

The past few days have seen hundreds of missiles raining down on Israeli cities, some scoring direct hits. While baruch Hashem there have been no Israeli fatalities, the residents of many cities near the Gaza border are unable to function. At any time a siren can ring out, forcing hundreds into cramped bomb shelters, and causing trauma for many children and even adults.

To encourage the residents during these trying times, the Mitzvah Tanks have been making their rounds among the southern cities, going from house to house handing out toys and crafts to children to keep their minds off the rockets and sirens.

The tanks are also traveling to army bases along the Israel-Gaza border to boost the morale of the soldiers stationed there. The “tankistin” are going to each soldier and offering them sweets and drinks to lift their spirits, and remind them that the entire Jewish nation stands behind them. Of course, they are also offering them the opportunity to put on tefillin, tapping into this form of extra protection.