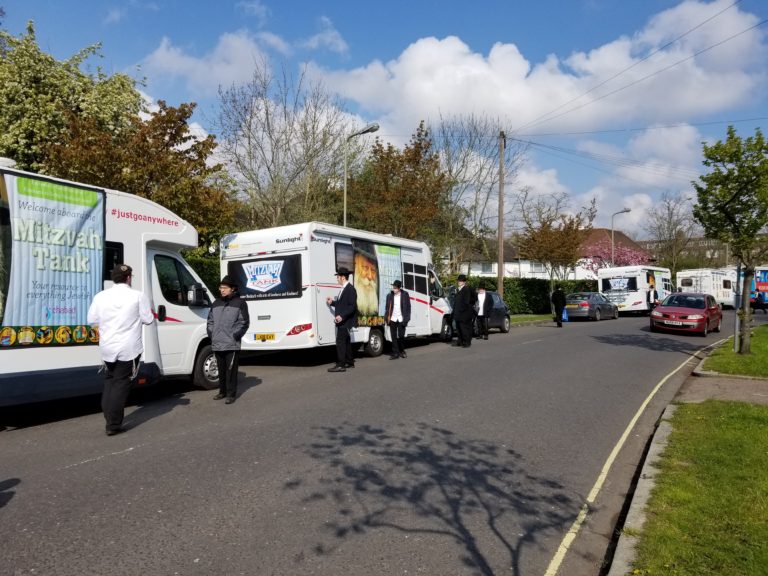 The parade of many Mitzva Tanks left from the yeshivah gedolah on Kingsley Way, and paraded through the Jewish areas of Hendon and Golders Green, and then on to Central London, past the London eye, Houses of Parliament, the Big Ben, and Tower Bridge attracting lots attention and generating a tremendous kiddush hashem.

After the parade, each tank went to its designated location. There the and yungeleit gave out lots of and put on with many people. Altogether, approximately 1,000 people received matzah for their seder.

A very special thanks to all the drivers, participants, and donors for making this event such a success. Particularly to the organizers, Moshe Gordon and Shneur Zalman Tiefenbrun.