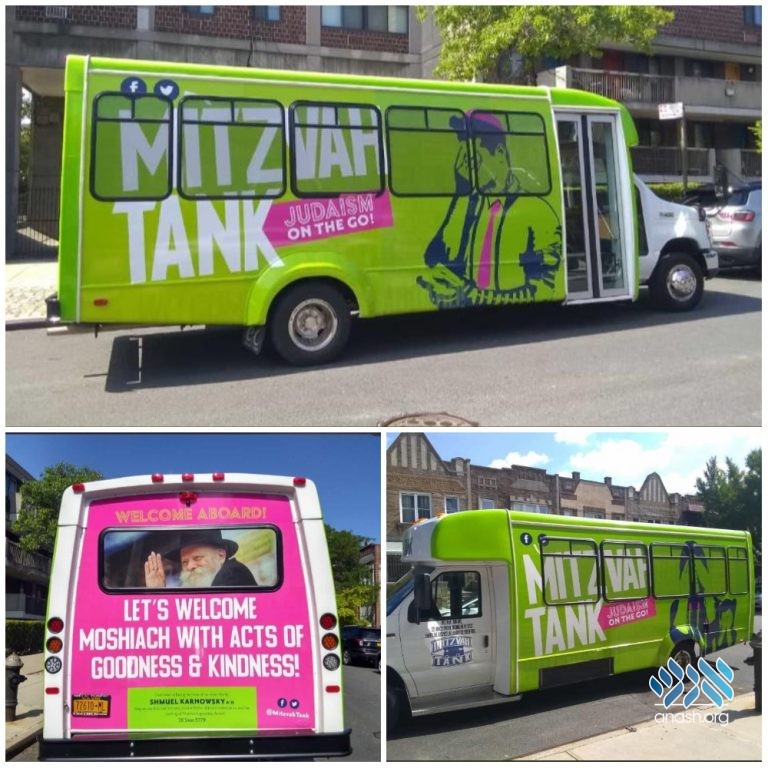 Just a few days after the first yahrzeit of Shmuel Karnowsky a”h, his friends dedicated a new Mitzvah Tank in his memory.

Just a few days after the first yahrzeit of Shmuel Karnowsky a”h, his friends dedicated a new Mitzvah Tank in his memory.

This past summer, Shmuel Karnowsky was taken from our midst at the tender age of 15. Shmuel was a devoted chosid and talmid and took his role in the world very seriously. Every mitzvah Shmuel did, he did sincerely, and lovingly. His absence left a hole that is widely-felt.

To honor his memory, Shmuel’s friends decided that there is no better way to encompass all that Shmuel stood for than to dedicate a brand new mitzvah tank in his memory. A Mitzva tank would allow thousands of mitzvos to be done in his memory.

A few months ago, Shmuel’s friends set out to raise $60,000 in a 48-hour fundraising campaign. The group of Bochurim mostly from the Shiur Gimmel class of Oholei Torah Mesivta, worked tirelessly for the duration of the campaign, making phone calls and rallying friends, family and acquaintances to donate towards the project.

Now, around the time of Shmuel’s first yahrzeit, the tank is finally ready to be put to use. In the days after Gimmel Tammuz, the new tank, brightly decorated with mivtzoim scenes, was seen parked on the Crown Heights streets.

In 1974 the Rebbe spoke about the deeper meaning of a mitzvah tank.

“A tank is undeterred by trenches and pits, and simply crosses them to reach the other side. An iron barrier — the weight of the tank simply crushes it. This is the purpose of the [mitzvah] tank: if there is a [spiritual] pit or trench, or even a barrier — things that are not associated with holiness — it nevertheless can go and fulfill its mission to dispel evil and introduce good and godliness into this world.

Mitzvah tanks are in essence educational and outreach centers on wheels which will allow us, his friends and fellow students, to go out into the communities, continue Shmuel’s ahavas Yisroel and reach many many unaffiliated Jews and help them to perform a mitzvah, large or small, in his memory.