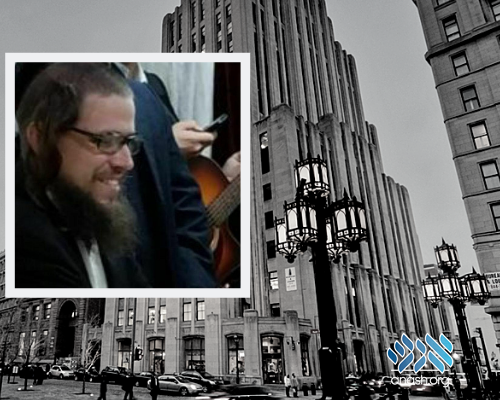 Startling rumors that the Castellos relocated to Montreal began circulating this morning and have now been put to rest.

Yesterday, after David Castello’s cover was blown, he was fired from his job at a kosher grocery. Less than 24 hours later, a member of the Montreal Jewish community reported that a new family had just moved in, bearing a striking resemblance to the pictures of the now notorious Castello family.
Immediately, Rabbi Berel Bell, who serves as a rav and dayan on the Va’ad Ha’ir of Montreal, reached out to Rabbi Boruch Hertz, rav of Bnei Ruven in Chicago, asking for pictures of and information about the couple.

In an exclusive interview with Adam Epstein, a mohel in the Chicago community who was involved in exposing the Castellos, he expressed concern over the likelihood of this scenario repeating itself. “These people are well connected,” he warned. “If there is one couple doing this, there are probably others like them. Clearly, they are well-funded and have access to a vast number of resources.

“When a new family moves into the community, it is of utmost importance that they are properly vetted. While we want people to feel at home, it is essential that community leaders ask the necessary questions and seek references before welcoming them in. The responsibility to remain vigilant lies with all of us; if something doesn’t seem right, it probably isn’t!”

In a message for the public relayed to Anash, Rabbi Hertz urged people not to remain silent. “Communities must share with one another. Because this story was made public, we hope that untold damage to the next target community will be spared. When we become aware of a possible threat, we must make sure that everyone who can be harmed is warned of the danger.”

At this time, rabbonim in Montreal who are investigating this incident believe that the family in question is not the Castello family and has no connection with them. As the article was being published, a reliable source in Chicago told Anash.org that David and Rivkah intend to remain in Chicago for the time being.